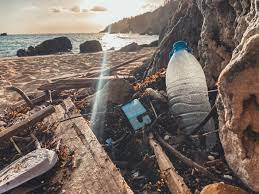 There are calls for Pacific and indigenous voices to be at the forefront of global plastics treaty talks, along with stronger action from New Zealand government and business.

Greenpeace plastics campaigner Juressa Lee was virtually present for the first round of negotiations and says it’s time for the big companies to get out of the room and let the smaller, indigenous voices be heard.

“What we’ve not been able to see is the voices of these frontline and indigenous communities amplified.”

The treaty negotiations, which had representatives from 160 countries, could include cutting out single use plastic, national reports on waste reduction, and making a circular plan for the production and final disposal of plastic.

“There was good acknowledgement of the importance of meaningful participation of indigenous and other affected groups and communities in the negotiation, they’ve acknowledged their lived experiences being on the front lines of both plastic pollution and the climate crisis.

“What I’d like to see next is that they have serious talks about what they will do as an intergovernmental committee to remove the barriers to that participation.”

Last week, University of Auckland scientists revealed the equivalent of three million plastic bottles are falling onto the city each year due to microplastics in the atmosphere, which Lee describes as “horrifying”.

“We already knew we were breathing in microplastics. We know that it’s waterborne, it’s in our soil. If we needed further confirmation of the pervasiveness of plastic and microplastics, well, this is it.”
University of Auckland social and sustainable marketing associate professor Bodo Lang says businesses can set an example.

“So it’s logical for businesses to start reducing plastic where it is easiest. For example, increasing the recycled content of plastic and particularly reducing plastic in their products and packaging are obvious first steps to take.”

Lang says there also needs to be a shift towards products that last longer and a circular economy where businesses are also responsible for disposal or reusing a product after the customer has used it.

He says New Zealand has the chance to be a forerunner in these initiatives.

“New Zealand has a unique opportunity. Our global reputation for being “clean and green”, the small size of our economy, and the distance to other markets means that it is particularly worthwhile – and possible – for us to be innovators in reducing plastic pollution. This particularly applies to products produced in New Zealand.”

The first draft of the treaty is due by the end of 2024, but Lee says there’s plenty the New Zealand government can do in the meantime.

“Moving away from plastics, particularly single-use plastics, options like refill and re-use and repair, especially things that keep our resources in use for as long as possible,”. he said.