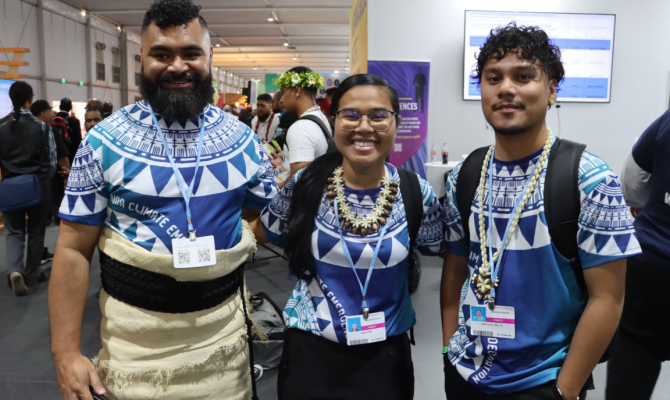 Mid-week through the negotiations and global civil society organisations are frustrated at the stalling tactics and snail’s pace of the negotiation on key issues like loss and damage and the 1.5-degree Celsius temperature goal that’s facing some push back.

Harjeet Singh of Climate Action Network is particularly angry with the fossil fuel industry for influencing the negotiations.

“We came here to demand climate justice but here we see more than 600 fossil fuel lobbyists who have converted this meeting into an expo, they are selling their dirty fossil fuel products, they are exacerbating the problem that we are facing right now.

He said the current version of the cover text does not even mention fossil fuel.

“We had a foot in the door last year at COP26 where there was a brief mention of fossil fuel. It did mention coal, but not oil and gas. We want fossil fuel to be mentioned in its entirety because all fossil fuels are responsible for the crisis we are facing right now.

Climate Action Network supports the initiative by Tuvalu and Vanuatu for a fossil fuel non-proliferation Treaty.

“You may have heard Tuvalu speaking at this COP demanding fossil fuel nonproliferation treaty and Vanuatu supporting it. There’s a massive support coming from noble laureates, from the health community, from faith based organisations, the World Health Organisation who are behind it. Fossil fuel expansion is the biggest threat to 1.5, said Singh.

The Climate Action Network activist revealed there has been a lot of push back and “we need to call out countries who are not allowing the fossil fuel phase out language to be mentioned in the cover text.”

“We are struggling to get it back in the text now. This is absolutely unacceptable.”

There is also pushback from major emitters on addressing loss and damage and delivering finance.

Singh called out the U.S, the European Union, Sweden and France as a ‘serial climate offenders’ for blocking progress on establishing loss and damage finance facility at COP27.

Another influencing NGO at the COP negotiations, the Union of Concerned Scientists is urging the U.S, EU, Sweden and France and other wealthy nations to agree to a loss and damage finance facility at this COP. The facility should be up and running within two years with new and additional grants-based funding.”

However, the U.S special climate envoy, John Kerry has told the media here at Sharm El Sheikh the U.S will not support the proposal to establish a Loss and Damage Fund. Instead, he said, there are existing funds that can be utilised by countries that will need financial support.

“It’s a well-known fact that the United States and many other countries will not establish … some sort of legal structure that is tied to compensation or liability. That’s just not happening,” he said.

“We will find a way, I am confident, to be able to have financial arrangements that reflect the reality of how we are all going to deal with the climate crisis, said Kerry.