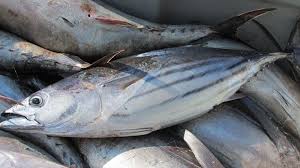 In June this year, the 12th Ministerial Conference of the World Trade Organisation passed an interim agreement that aimed to curb harmful fish subsidies and also protect the world’s fish stock. It is also part of efforts to fulfill Sustainable Development Goal 14.
But did it really fulfill that mandate?

The WTO agreement, part of the Geneva Package of the 12th Ministerial Conference (MC12) in June this year, aimed to set new global rules to curb harmful subsidies and protect global fish stocks in a manner that also recognises the needs of fishers in developing and least-developed countries (LDCs).

WTO members are being pushed to ratify the interim or partial agreement within a year, while negotiations are expected to continue towards MC 13 next year.

“The importance of government intervention on subsidies to small scale fisheries – the need for support by our governments to provide subsidies cannot be over-emphasised,” said Alieu Sowe in a panel discussion organised by the Pacific Network on Globalisation and Handelskampanjen at the conclusion of a WTO Public Forum on the Geneva Package last month.

“We are cognizant of the fact that the small-scale fisheries especially in Africa, is in a critical point for poverty alleviation. Like other countries, it (subsidies) provides a source of revenue and foreign exchange earnings for the government to be able to contribute to its national development plans.

“By spending and building the capacities of small-scale fishers, governments will ultimately increase the livelihood of its populace, as well as a boost national Gross Domestic Product through food, nutrition, and income, as well as employment security.

About 16 percent of the total global fisheries subsidies reach the small-scale fishers while at least 90 percent capacity enhancing programmes are exclusively provided to large scale industrialized fisheries, which exacerbate overfishing at an alarming trend and impeding the economic viability of small-scale fisheries, Sowe claimed.

“To bring this into perspective, a person engaged in large scale fishing receives around four times the number of subsidies received by the small-scale fisher counterparts. Continuing this will create a wider gap between the actors in the provision of marine fisheries resources for food, nutrition, income, as well as employment.

“Taxpayer’s money should be used to support sustainable fishing practices, and in turn conservation and not to foster the degradation of marine ecosystems because of capacity enhancing subsidies.

“Several developing countries over the years have been faced with such a situation where subsidies to commercial fishing are far above subsistence level of development. “We call on increasing collaboration, partnership and support to enhance sustainability of the sector.”

Because subsidies are government contributions, they address the Sustainable Development Goal 14 however Sowe said they do not fulfil SDG 14.6 which works to eliminate subsidies to illegal, unreported and unregulated fishing, prohibit certain subsidies contributing to overcapacity and overfishing, and refrain from introducing new such subsidies.

Pacific Network on Globalisation Campaigner, Adam Wolfenden said the WTO must heed the call by small fisherfolks and discipline those responsible for the negative impacts of fisheries subsidies.

“If the WTO does not heed the call of the small scale fisherfolks as well as those countries least responsible for overfishing, then it has failed its goal and will be contributing to the depletion of fish stocks and the economic livelihood of the most vulnerable who rely on fisheries as income,” Wolfenden said.

Sowe said the issue of subsidies has been very sensitive and very challenging and cross cutting with small scale fishers struggling to meet the demands from all levels -national, regional, and global- but has been marginalised.

To address the challenges faced by the small-scale fishers, he added, there must be urgent intervention by national governments, regional blocs and national and international non-governmental organisations, United Nations agencies.

Sowe who is also a member of the Fish Smokers Association, and the World Forum of Fish Harvesters and Fish Workers, and the Africa Advisory Group on the implementation of small-scale fishers’ guidelines within Africa, said subsidies could be in various forms to small-scale farmer such as food and livelihood security, motorised engines for boats for the most vulnerable- women, youth, and the poor.

“We’re also looking forward to subsidies in the form of more fuel. More subsidies to enhance sustainability such as access to microfinance loans bought in cash and in kind especially the woman and youth from commercial bank, provision of refrigerated trucks, cool vans, and ice processing plants will all contribute to the sustainable development of the small-scale fishers.

“Education and health care facilities is a basic requirement that we look at the level of our communities, and most of waiving of duties to help encourage imports and exports among the small-scale fishers.”

The African bloc also joins the Pacific, calling for a comprehensive WTO agreement to effectively include overcapacity and overfishing in the agreement.

The Pacific are also of the same view with Pacific Islands Forum Secretariat permanent representative to the WTO, Ambassador Mere Falemaka saying the agreement was unbalanced.