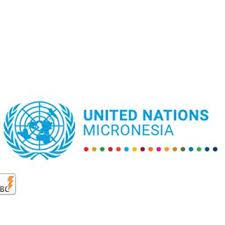 Since it became a member state of the United Nations in 1991, FSM has been active on matters such as climate change as well as joining the other Micronesian countries to lobby for the appointment of a dedicated Resident Coordinator for Micronesia for over a decade.

Although the UN system has been active in FSM for many years, the establishment of the new UNMCO provides FSM an entry point to the full resources of the UN system. Since the opening of the new UNMCO, the UN presence in FSM has been scaled-up, including the establishment of the full United Nations Development Programme (UNDP) and the International Organisation for Migration (IOM) North Pacific Offices, the promotion of the United Nations Population Fund (UNFPA) to a country office, as well asthe deployment of United Nations Conference on Trade and Development (UNCTAD) staff and the increase in capacity of the United Nations Children’s Fund (UNICEF) and the World Health Organisation (WHO) offices. Additional UN agenciessuch asthe United Nations Educational, Scientific and Cultural Organisation (UNESCO) and UN Women have been planning the deployment of personnel to FSM. Other UN agencies continue to provide remote support.

Most importantly, over the past year, the UN system in Micronesia has been working with the Government to address some of the major socio-economic challenges including climate security, food security, health and education and economic recovery.
As with all small island states spread across the vast expanse of the Pacific, the climate crisis has now become an existential threat to the people of the Federated States of Micronesia. Addressing climate security and disaster risk reduction has never been more important.

IOM has been working with government partners to build capacity in disaster response to prevent forced migration or displacement. Just last month IOM conducted the “Essentials of Humanitarian Assistance” training in Pohnpei bringing together the Department of Environment, Climate Change and Emergency Management and Department of Public Safety to discuss crucial aspects of disaster response such as evacuation centre management, principles of humanitarian assistance as well as gender and security.

Access to safe and clean water is a basic human right. UNICEF and UNDP have been supporting several community initiatives to improve water and sanitation, including the rehabilitation of a water treatment plant and 14 wells which benefitted close to 4,000 Micronesians of which 49 percent of the beneficiaries are women. With support from the India-UN Development Partnership Fund, UNDP has been collaborating with Government on gender mainstreaming. Through this partnership, the FSM Government has initiated the setup of a national gender commission with focal points in the three states.

The UNMCO Micronesia was established at a time when the world was grappling with the impacts of the COVID-19 pandemic, which was further exacerbated by the ongoing hyperinflation and fuel price rises.

FSM experienced its first case of community transmission more than two years after the virus started. However, national preparedness and planning continued to be supported by WHO, UNICEF and the United Nations Office for Project Services (UNOPS). The UN worked closely with the government and the Centre for Disease Control and Prevention (CDC) to plan for and control the spread of the pandemic.

UNOPS joined the COVID-19 response in FSM by procuring personal protective equipment, medical equipment, critical medicines and supplies worth US$2.5 million, in support of health workers, people affected by COVID-19 and at-risk populations, including the elderly and people with diabetes.

Furthermore, UNOPS has committed to strengthening its partnership with the Government over the next year, to support the Ministry of Health to assess its long-term healthcare needs. UNOPS is procuring additional resources such as medicines, medical equipment, and sea and land ambulances with the goal of allowing more equitable access to healthcare for all.

The Global Food Systems Summit in September last year could not come at a more opportune moment, with the global crises of rising inflation, fuel price rises, and COVID-19 place additional strain on the food supply. To carry forward FSM’s preparations for the Food Systems Summit, Food and Agriculture Organisation (FAO) and the International Fund for Agricultural Development (IFAD) launched various initiatives this year to help address the food crisis. Most recently, they initiated the “Development Emergency Modality – Response to the Global Crisis on Food, Energy, Finance” project in collaboration with the World Food Programme (WFP) and UNICEF. This project aims to improve the understanding of the impact of the global food, energy and finance crisis on the national food system and what approaches could be adopted to address this.

Furthermore, the UNMCO Micronesia wishes to extend its gratitude and congratulations to the Government of FSM for submitting their commitment to our Transforming Education Summit (TES) that was held in September.

Education was severely impacted by the COVID-19 pandemic, with children being forced out of their routine there was a dire need for global intervention. Through the TES, governments registered their commitment to improving access to education, thus acknowledging the need for high-quality,relevant programs at all levels of education, quality of teachers and teaching, consistent performance monitoring and data-based decision-making systems, the participation of communities in the management of schools and ensuring that education is relevant to the life and aspirations of the people of FSM.

While UN agencies in Micronesia may have already made significant strides in addressing some of the fundamental development challenges in FSM, but the UN Resident Coordinator appreciates that the journey is far from over. Over the next few years, FSM will see a significantly increased UN presence as new agencies additional UN agencies, funds and programmes expand their presence in FSM and support to the Micronesian leaders.