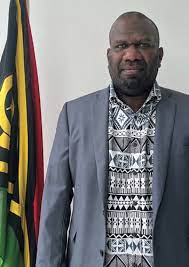 The Pacific Agreement on Closer Economic Relations (PACER) Plus comes into force today, 60 days after Vanuatu has notified the Ministry of Foreign Affairs of Tonga as the depository, on 12 August.

Article 9 of Chapter 15 (Final Provision) of the agreement states that the agreement shall enter force for an accession country 60 days after it has notified the depository in writing.

In a statement to inform the public and businesses about Vanuatu becoming a full member of PACER Plus, the Ministry of External Trade explained, “the agreement is aim at building and supporting Vanuatu’s capacity needs and commitments in its tariff schedules, services, investment and labour mobility.

“It will continue to shape Vanuatu’s ability in businesses, government and communities’ effort to benefit from trade and investment opportunities.”

The caretaker Minister of Foreign Affairs and External Trade, Marc Ati, has been instrumental and is a positive drive for Vanuatu’s ratification.

“I reaffirm Vanuatu’s commitment on the PACER Plus trade agreement as it fulfill the economic registration regime in the region and expand Vanuatu’s economic benefits and trade opportunities with Australia and New Zealand,” he stated.

The Department of External Trade will be reaching out to government departments and businesses to raise awareness and understanding of the benefits from the agreement over the coming months.

The re-appointed Director of External Trade, Joe Pakoa, is looking forward to helping people understand how they can benefit from the agreement.

“Vanuatu had worked very hard and committed its resources and time to this agreement seeing its economic importance and benefit. Its ratification is a milestone for Vanuatu and I am looking forward to its implementation because I believe this will support and enhance Vanuatu trade and development capacity and ability to increase its export in the future years to come,” he stated.

To support Vanuatu implement its trade and development needs, the established PACER Plus Implementation Unit will work with Vanuatu on its commitment. The unit is staffed a team of Pacific trade, development and labour mobility experts headed by Roy Lagolago.

The Implementation Unit is delivering a comprehensive set of activities to help Pacific PACER Plus members maximise their ability to benefit from the trade agreement. This is being achieved through an AUD$25 million Development and Economic Cooperation Work Programme, funded by Australia and NZ, from which Vanuatu now will benefit.

The journey of Vanuatu was intensive over a decade of trade negotiations led by several pioneers of the civil servants and political masters who have tirelessly worked hard and contributed to the interest of Vanuatu in the agreement. The government acknowledges their great effort and wisdom tendered to finalise the agreement.

Pacific can be a leader in carbon capture

Communications restored to Tonga a month after volcanic eruption and tsunami