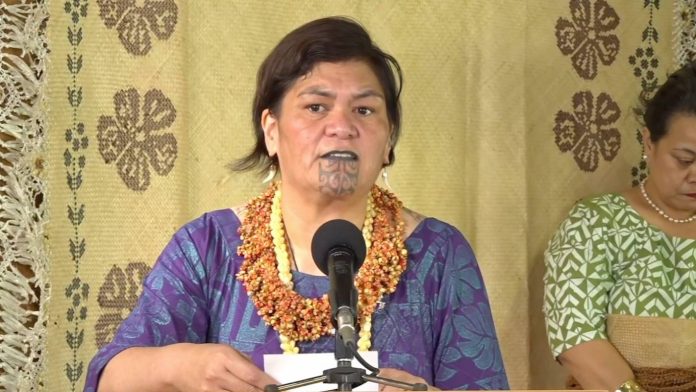 A new strategy to drive New Zealand’s investment in climate action in the Pacific and globally has outlined how the record $1.3 billion (US$803 million) commitment for mitigation and adaptation will be spent.

Mahuta travelled to Tonga to launch the Strategy on Friday, and to announce the first investment in the Pacific nation from the new climate finance strategy.

“The International Climate Finance Strategy spells out how Aotearoa New Zealand will put its investments to work in practical terms, to support Pacific partners and whānau to build resilience and deal with the number one security threat in the region,” Mahuta said in Nukua’lofa.

Mahuta was in Niue earlier where she confirmed a further $500,000(US$309,000) investment to complete the Pacific nation’s renewable energy projects.

She said this followed the $5 million (US$3 million) for solar generation from a 2018 climate package to Niue.

“The high-level principles for investing in climate action reflect a focus on partnership, achieving a collective impact to make a difference globally, bringing a long-term perspective and linking with like-minded partners in the Indo-Pacific region,” Mahuta said.

“The strategy has four key goals: to enhance resilience and adaptation; promote quicker action on mitigation; improve information to allow evidence-based decisions; and leverage our investments to make greater impact.

“Aotearoa New Zealand will support indigenous-led approaches and work with communities to recognise their history, culture and expertise as central to effectively responding to climate change.”

This is how Aotearoa could have a Pacific focus, as well as a global impact, said Mahuta.

Greenpeace Aotearoa welcomed the Government’s commitment but said New Zealand needed to do more to address the effects of climate change at home.

“We commend offers of assistance for capacity building, mitigation and adaptation abroad, and this must be matched with action to regulate the causes of climate change, here in Aotearoa,” Greenpeace’s lead agriculture campaigner, Christine Rose, said.

“Industrial agriculture and intensive dairying in particular are this country’s biggest emitter (50% and 23.5% respectively), so the NZ Government must address the main causes of climate change here as well as support those overseas facing the blunt end of the barrel of the climate crisis,” Rose said.

Arrangements to address climate change “must secure local sovereignty and self-determination, and must take responsibility for both the cause and effects of climate pollution in colonisation and industrial agriculture,” she said.

Climate Change Minister James Shaw said the new strategy underlined New Zealand’s commitment to climate action in the Pacific as Aotearoa stood with its neighbours in the fight against the climate crisis.

“When we quadrupled our climate finance commitment to $1.3b (US$803 million) last year, we specified that at least half of that money would go to the Pacific,” Shaw said.

“The strategy sets out how that record funding will be deployed to ensure the assistance we provide helps countries and communities to build climate resilience on their own terms.

“Our Pacific neighbours are amongst the most at risk – from sea level rise, storms and warming oceans –all symptoms of the climate crisis. Yet, they bear very little responsibility for causing the climate crisis in the first place,” he said.

Mahuta also announced a new investment of $8m (US$4.9 million) from the climate finance commitment into Tonga’s Climate Change Fund, which was established to receive and direct investments towards mitigation and adaptation projects.

Potential investments would be identified and prioritised by Tonga itself, she said.

“They included strengthening the resilience of public infrastructure such as water resources, flood management and climate resilient transport systems.

“Providing opportunities for communities to access climate resilience funding, developing sustainable agriculture and fisheries, and protection for biodiversity in both marine and terrestrial ecosystems.”

Mahuta said New Zealand was committed to support the Pacific Islands Forum, amplify its voice and promote resilience among its people.

“Leaders at last month’s forum reaffirmed climate change as the single greatest security threat with the adoption of the 2050 Strategy for the Blue Continent,” she said.

Washington should focus on climate change for Pacific islands- leaders