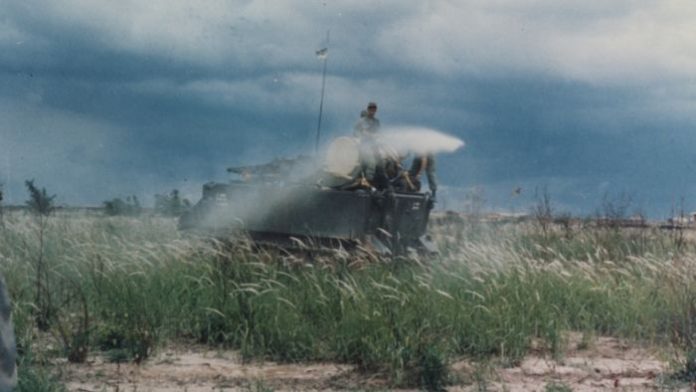 For decades, United States officials have denied using a deadly chemical called Agent Orange on the islands of Guam, American Samoa and other Pacific locations.

That changed last week, when President Joe Biden signed the Sergeant First Class Heath Robinson Honouring our Promise to Address Comprehensive Toxics (PACT) act, which expands services and benefits to US veterans in the Pacific who suffered herbicide exposure.

One of those veterans, Brian Moyer, is a former marine who served in Guam in 1974 to 1976 and founded the group Agent Orange Survivors of Guam. He was at the White House to witness the signing of the Act into law.

“With the President signing the PACT act I was just standing there thinking about the Marines that I knew,” Moyer said.

“I know of at least eight of them that have passed away due to all Agent Orange related illnesses.”

Moyer suffers nerve damage, pain and fertility issues as a result of Agent Orange exposure, and believes the people of Guam are also suffering as a result of herbicide contamination.

“The government chemically castrated me, and I also have peripheral neuropathy,” he told Pacific Beat.

“We want to see Guam get her day of justice,” he said.