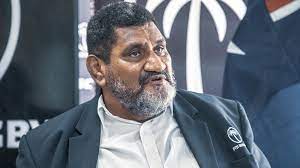 This follows the discovery of certain breaches of internal processes which prompted the FRU Board to bring forward an audit that was scheduled for later on in the year as part of operations.

He said O’Connor volunteered to take leave to allow for the process to happen seamlessly.