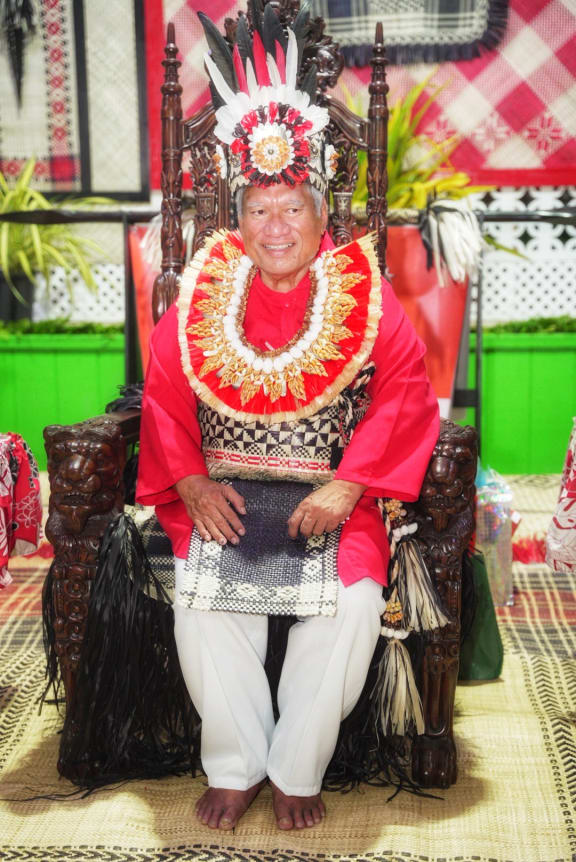 Thousands of Marshall Islanders converged on Ebeye Island last week for the first coronation ceremony of a paramount chief in half a century.

The gala coronation for Iroojlaplap or paramount chief Michael Kabua featured dozens of islanders wearing traditional headdress and finely woven mat clothing unique to the Marshall Islands, spear carrying warriors representing the 12 atolls and single islands in the chiefly domain of the Ralik Chain, a traditional dance presentation rarely seen, and conch shell blowing to greet each stage of the event.

The ceremony underscored the vitality and power of the customary system in the Marshall Islands, which remains a significant force in the modern western system of governance established here by constitution in 1979.

Thousands of people gathered on the small island of Ebeye in Kwajalein Atoll, which hosts the U.S. Army’s Reagan Test Site missile testing facility, to witness the first coronation for the Kabua royal family since Kabua’s cousin, Iroojlaplap Joba Kabua, ascended to the throne in the 1970s. The Kabua family is the leading royal family in the Marshall Islands and Michael’s cousin, Amata Kabua, was both iroojlaplap and the founding father of the modern Marshall Islands as its first president for 17 years.

The Army command at the base rolled out the red carpet for the event, providing housing to accommodate dozens of people who flew into Kwajalein for the special occasion. The base operates one of the U.S.’s most sophisticated missile and anti-missile defense testing ranges at Kwajalein through a long-term agreement with the Marshall Islands that currently pays landowners, including Kabua, over US$20 million a year for use rights.

Numerous Air Marshall Islands flights, ships and boats brought thousands of people — from President David Kabua and members of his cabinet and all four resident ambassadors in the Marshall Islands to clan heads and rank and file islanders — to Ebeye for Thursday night’s celebration that went until the early morning hours Friday. It was held in the elaborately decorated Jabro Memorial Gymnasium, named after Michael’s older brother Imata Kabua, who was also president of the Marshall Islands. Photographs of Kabua family ancestors and finely woven mats dating to the 19th century adorned the walls of the gymnasium.

After the official coronation ceremony was finished, the entire island took a break to join in a dinner feast. Thousands lined up to get plates filled with island delicacies.

Kabua said after the ceremony that the rare performance of his group of jobwa dancers from Ujae Atoll was the fifth generation of dancers he has mentored and developed to carry on a uniquely traditional style of stick dancing in the face of the increasing westernisation of the Marshall Islands. Following the dinner, dozens of other dance groups representing different islands in the chiefly domain performed.

“Iroojlaplap Mike is the embodiment of our traditional leaders,” said David Paul, who like Kabua represents Kwajalein Atoll in the Marshall Islands parliament. “He wholeheartedly believes the role culture should play in our everyday lives.”

Paul credited Kabua with skill for ensuring the strong customary system coexists with modern-day democracy and rule of law. “It goes to show the level of maturity of our culture,” he said. “Even though these systems contrast, they’ve been melded together here. The Marshall Islands provides a formula for how this works, which is a testament to the respect we have for each other.”

The coronation is known as “kailoojoj” in Marshallese language and is a ceremony held only for paramount chiefs.

Kabua assumed the mantle of paramount chief for Kwajalein Atoll and other islands in the Ralik Chain following the death of his older brother, the late Iroojlaplap Imata Kabua, in 2019.

The event, everything from ship charters to bring people, food and gifts to Ebeye for the ceremony to food to feed thousands of people in the days leading up to Thursday’s coronation, cost several hundred thousand dollars to host, according to organisers.