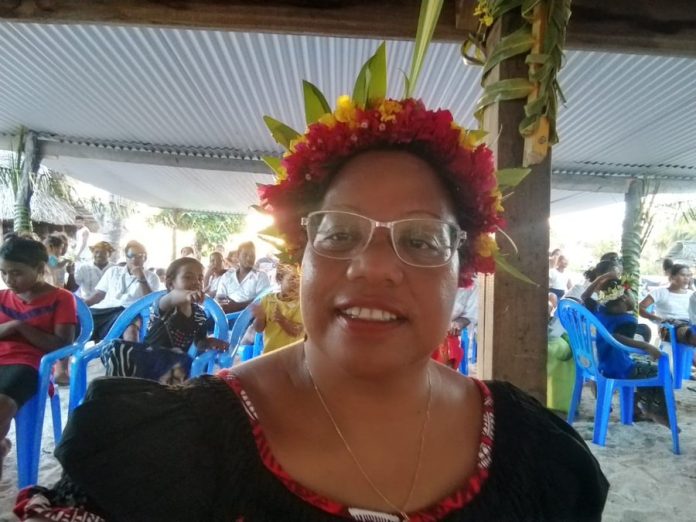 Kiribati’s decision to withdraw from the Pacific Islands Forum on the eve of the event was an extreme move driven by pressure from China, the Micronesian nation’s opposition leader says.

Tessie Lambourne, a former top diplomat who was elected to Kiribati’s parliament in 2020, said she was “shocked and extremely disappointed” by the government’s move to withdraw from the Pacific Islands Forum (PIF).

She said the reasons offered by Kiribati’s president, Taneti Maamau, for leaving the Forum, contained in a leaked letter to the PIF secretary general, were just “excuses”.

Lambourne, who for more than a decade led Kiribati’s diplomatic corps as secretary for foreign affairs and secretary to cabinet, said she was embarrassed by the contents of the letter.

She said she believed the decision to withdraw from PIF was influenced by China, claiming that the Maamau administration was weak, vulnerable and greatly indebted to a superpower that was aggressively trying to acquire strong footing in the region.

Lambourne said the issues raised in Maamau’s letter should have led to Kiribati sending a delegation or special envoy to the PIF, “because that’s where we sort out our issues as a family … but to opt out instead is an extreme move that raises a lot of concerns”.

“President Maamau is trying to portray to the region and the world that Kiribati has been abandoned and excluded from consultations and due considerations and that we are not part of the Pacific family, hence the withdrawal,” Lambourne said.

“I’m embarrassed because what we are saying is that we are not in the fold … we are outside. And why are we outside? I think it’s us who keep ourselves out … because we are not engaged or engaging.”

At the weekend, Maamau outlined four reasons for the decision to leave the forum, most of which centre on his belief that the forum has not adequately addressed the concerns of Micronesian countries – including Kiribati – who threatened to leave the PIF more than a year ago.

In February 2021, Micronesian leaders announced plans to leave the regional body after their candidate for secretary general was passed over in favour of a Polynesian candidate, despite a “gentleman’s agreement” that the top job should be shared between Polynesian, Melanesian and Micronesian candidates.

The Micronesian leaders had signalled their intention to leave the forum at the end of June, but last-minute talks in Suva last month between key Pacific leaders, including some from Micronesia, were thought to have resolved the impasse.

Lambourne said regional solidarity was more critical than ever given the landscape of heightened geopolitical tension.

“When we attend international or UN meetings at the global stage such as COP meetings on climate change, we cannot go alone because we need the support of our region because that’s where our strength lies – in numbers and in regional solidarity,” she said.

China’s foreign ministry spokesperson, Wang Wenbin, said China had no involvement with Kiribati’s decision in a statement on Tuesday. “I read media reports saying that Kiribati’s withdrawal from the Pacific Islands Forum (PIF) may have something to do with China,” he said.

“Let me make it clear that these reports are completely groundless. For years, China and the PIF have sound cooperative relations. I would like to stress that China does not interfere in the internal affairs of Pacific Islands countries.”

Lambourne added that it was in China’s interest for Kiribati to be isolated from the Pacific family.

“I always say this because I don’t trust China’s intentions,” she said. “What will Kiribati achieve now by not being a member of the forum? And what family do we belong to now if we have pulled out from our Pacific family?”.