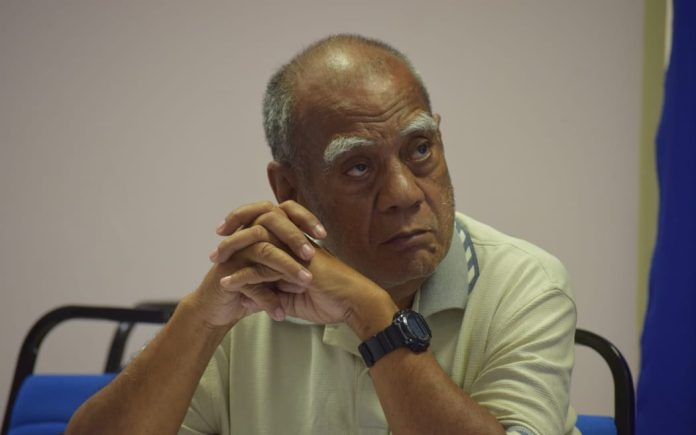 Kiribati’s sudden withdrawal from the Pacific Islands Forum without wider political discussion by the government is out of order, the country’s opposition leader and its first president Sir Ieremia Tabai says.

The Kiribati government gave the Pacific Islands Forum secretary general a letter on Saturday, that said they were withdrawing from the body immediately.

The latest Forum summit is now underway in Suva.

Tabai was stunned to hear from RNZ Pacific that the country had left the Forum, and he said the public had not been told.

“It’s complete news to me. Explain to the people why that decision has been made. It’s not on – in a system like ours he’s accountable to all the people of Kiribati and he should explain himself, but he has not.

Tabai said he could understand the clash with Tuesday’s national day, but at the very least a minister should have been sent to the Forum in the president’s place.

Tuvalu Foreign Minister Simon Kofe said he was surprised and saddened by the news of Kiribati’s withdrawal and Pacific leaders would need to “look at the concerns raised by Kiribati” when they meet.

Foreign ministers from 16 Pacific nations had agreed to keep talking to Kiribati, which is seen as being close to Beijing, to “emphasise the strength of the Pacific family”, notes from a meeting held by ministers on Friday show.

“Many of us around the table were not fully aware of the extent Kiribati was moving towards withdrawing from the Forum,” Kofe told Reuters in an interview on Monday in Suva.

“It is disappointing … It is now up to the leaders to find a way forward,” he added.

The Kiribati president’s office did not respond to a request for comment and Forum Secretary General, Henry Puna has not commented.

A key Forum leaders retreat will be held on Thursday. China had proposed a video meeting between the Chinese Communist Party’s international office and 10 Pacific islands on the same day.

Kofe said the “geopolitical competition and tug of war that we are seeing right now between China and the U.S” had been discussed in Friday’s meeting, and ministers had said “the Pacific really needs to define their future themselves and the terms in which we will engage China and the U.S”.

He said climate change was the major issue, and must be a collective focus.