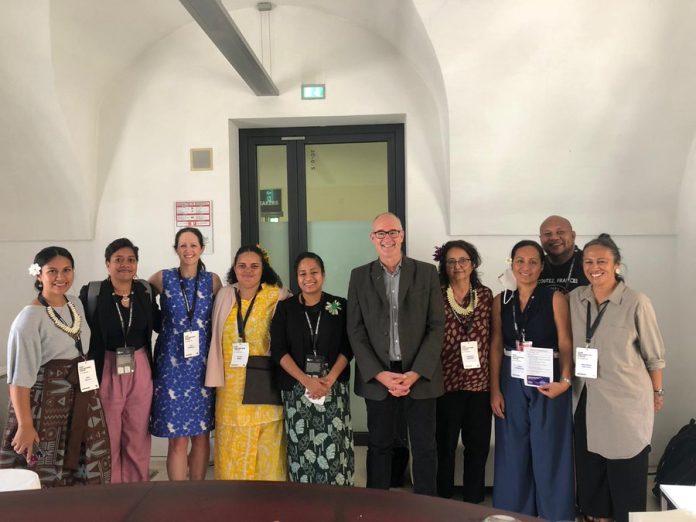 Parties to the Treaty on the Prohibition of Nuclear Weapons (TPNW), which came into force in January last year must prioritise and address the impacts of nuclear testing legacies on people and the environment in the Pacific Islands.

The Pacific- Australia, French Polynesia, Kiribati, Marshall Islands- hosted over 400 nuclear tests by France, United Kingdom, and the United States of America from 1966 to 1996 and are still paying the price today.

The Pacific Collective on Nuclear Issues is calling on state parties to the TPNW to commit positive obligation to assist victims and survivors, and environmental remediation.

“We have an agreement to ban the use of nuclear weapons, but we have conveniently forgotten those that are still paying the price today for those evil actions decades ago. We demand our leaders to show humanity and compensate all those who have been impacted by impacts of the nuclear tests,” PANG Coordinator, Maureen Penjueli said.

MISA for the Pacific’s Danity Laukon who was part of a side event at the Austria meeting said the compensation given by the US to assist nuclear victims in the Marshall Islands is insufficient and only four atolls in the country have been recognised as victims of the tests though the impact was allegedly wider.

Laukon said the impacts of nuclear testing is a lived experience for the people of the Marshall Islands as it continues to affect generations.

The Pacific Council of Churches has supported the call with representative in Austria, Olivia Baro saying that the treaty provided an opportunity for justice for “those who for so long have had their homes taken away from them, who had lost almost everything including their identity and who have been displaced, ridiculed and oppressed.”

“Articles 6 and 7 of the TPMW looks directly at the reparation for people because of nuclear radiation,” Baro said. The first step forward ensuring the people of the Marshall Islands, Ma’ohi Nui and Kiribati get justice is by holding those responsible accountable for their decisions and actions. The justice we seek is already five decades overdue.”

Lena Normand, of the French Polynesian based Association 193 said France has apologised to the people of Algeria but has yet to do that for the people of Ma’ohi Nui which hosted a total of 193 tests.

“Forgiveness is very important. We need France to ask for forgiveness first as a step towards reparation,” she said.

Normand added that while the French had introduced a law on compensation, it was conditional in that claimants needed to prove they had been exposed to a minimum level of radiation and had lived in French Polynesia when the tests happened.

A BBC report last year alleged France concealed the true impact of its nuclear tests in the Pacific from the 1960s to the 1990s, estimating that around 110,000 people in French Polynesia (almost the entire population at that time) were affected by the radioactive fallout.

“The representation of Pacific delegates at this first meeting of states parties on the TPNW is crucial as it sets the agenda for commitments, and the Pacific has unresolved nuclear legacy issues that needs addressing, Dr Griffen said.