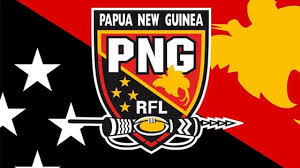 St George Illawarra’s Jack de Belin has delayed his call on whether to play for Papua New Guinea.

St George Illawarra’s Jack de Belin won’t be included in Papua New Guinea’s squad for their upcoming Test match against Fiji but newly appointed head coach Stanley Tepend is hopeful the lock will accept a call-up later in the year.

Tepend and his predecessor Michael Marum have held discussions with De Belin about representing his grandmother’s birth nation over the last 12 months.

De Belin only returned to the NRL last year and hasn’t played representative football since 2018, with the 31-year-old ruling himself out of Kumuls selection ahead of next week’s Test at Campbelltown.

“We have spoken to Jack and he was undecided,” Tepend told AAP.

“We respect his decision and while we haven’t picked him for this Test we have left the door open for him to make a call when he is ready.

“If he wants to play in the World Cup later this year, we will happily accommodate him.

“It’s a short camp and we won’t have any players from our domestic competition or the Super League.2

Tepend has also opted to leave experienced hooker James Segeyaro out of his squad after he resumed his playing career in the NSW Cup earlier this year following a drugs ban.

“He offers a lot but hasn’t been playing over the last couple of years,” Tepend said.

2It’s not to say he is totally out (of my thinking) and hopefully he can be in our team at the back end of the season.”

Tepend’s squad will be primarily filled by players from Queensland Cup side the PNG Hunters along with a smattering of NRL players.

Brisbane’s David Mead is expected to play centre alongside Melbourne’s Justin Olam, with the pair set to be named Tepend’s captain and vice-captain respectively.

Canterbury’s Bailey Biondi-Odo is due to make his PNG debut in the halves alongside Sydney Roosters playmaker Lachlan Lam, with South Sydney winger Alex Johnston the Kumuls fullback.

Meanwhile, PNG Kumuls team has been named for the Pacific test against Fiji.

Fiji’s clash with Papua New Guinea will be part of a Pacific double-header at Campbelltown Stadium on 25 June, with Samoa taking on the Cook Islands.

Fiji and Papua New Guinea will both play in this year’s World Cup, which is hosted in England.