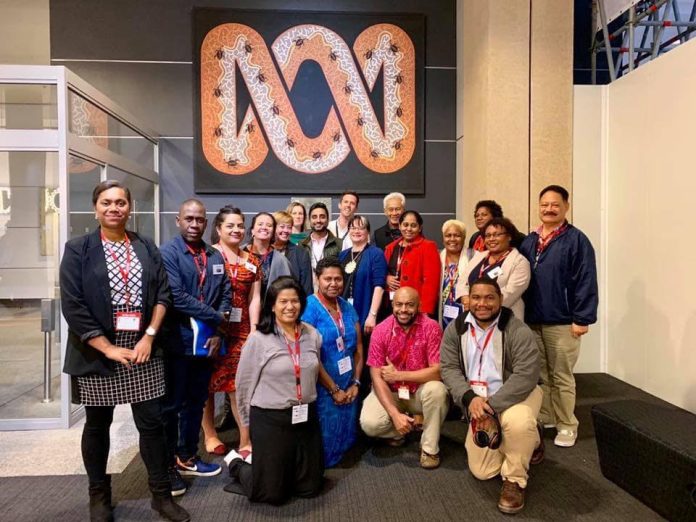 On 03 May every year, media workers here in the Pacific and across the globe come together to reflect on issues of press freedom and professional ethics. This year, UNESCO set “Journalism Under Siege” as the theme of celebrations, in recognition of the many digital threats media workers are faced with daily.

While digital technologies and social media have presented huge opportunities for content and revenue for the media, these opportunities come with challenges.

Here in the Pacific, digital and social media have revoluntionarised how we receive, consume and share information – competing with traditional media.

The public can now consume news and information on multiple platforms and in real time. As we’ve seen with live events like natural disasters and political announcements, social media platforms such as Twitter and Facebook allow the public to contribute to and control the news, reaching a tuned-in audience in real-time, often faster than any traditional news outlet has time to publish a story.

Perhaps the biggest effect of social media on traditional media and content is that now everyone feels like they have a voice. Whether through Facebook, Twitter, Instagram, social media has provided a public forum for anyone who has an opinion. This has also led to a wave of voices and influencers on social media.

These opportunities bring with them online opportunists who spread and manipulate lies, fake news for their own purposes – discrediting in most cases journalists who are reporting the news.

This new digital era has also put journalists and their sources at greater risk of being targeted, harassed and attacked from digital surveillance. Increasingly in the Pacific, we are seeing more women journalists being attacked, vilified and harassed online by members of the public.

PINA is calling on national media associations to take up these issues with relevant authorities to ensure our journalists work without having to look over their shoulders or deactivate their social media accounts because of fear of being attacked for doing their jobs.

PINA is urging these social media platforms and police services to take strong steps to prevent and eliminate online attacks, campaigns of harassment, intimidation and violations of privacy, against journalists.

PINA is demanding social media networks commonly used in the Pacific like Facebook, Twitter and Instagram, to do more for the respect for freedom, privacy and safety of journalists. Social media networks must do more to tackle disinformation and hate speech while protecting freedom of expression.