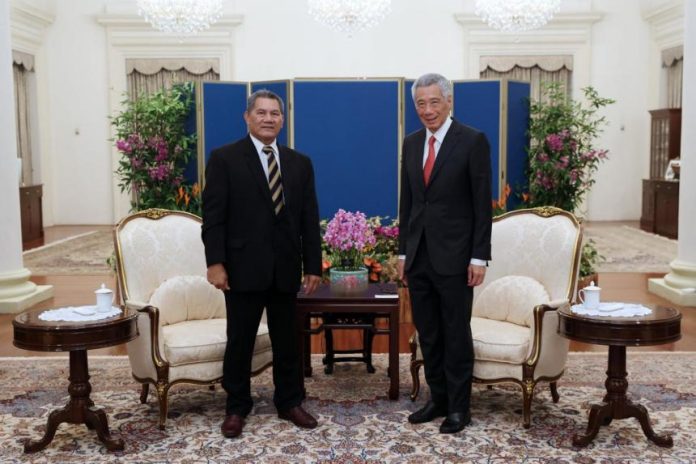 Tuvalu Prime Minister Kausea Natano met Prime Minister Lee Hsien Loong for the first time on Thursday at the Istana, where they reaffirmed the warm relations between the two countries.

Home to a population of around 11,000 people, the Pacific island nation made up of nine small islands has drawn global attention to its battle against rising sea levels.

The highest point in Tuvalu is just 4.5m above sea level.

Any rise in the sea level means parts of some islands will be washed away and render other parts uninhabitable.

“Like us, Tuvalu and other Pacific island states will face serious challenges from global warming and rising sea levels.”

Tuvalu, along with other Pacific island nations, have demanded for more aggressive action to limit the impact of climate change and sea level rise.

In a bid to highlight the issue, its foreign minister gave a video address at the United Nations climate change conference in Glasgow last year while standing knee-deep in seawater.

In his post, Lee said that Singapore was recently admitted as a Dialogue Partner of the Pacific Islands Forum.

“We look forward to being an active and constructive Dialogue Partner, and supporting Tuvalu and other Pacific island states in their development journey, said Lee.