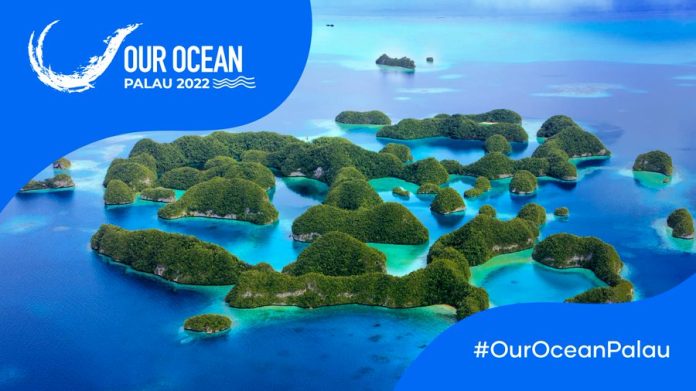 Actions from Denmark, the United States, and the Marshall Islands doubled the number of signatories to the Declaration on Zero Emission Shipping by 2050.

Actions in the form of new plans to develop zero-emission shipping routes in Europe, Latin America, and Asia.

Many nations to commit new resources to the fight against IUU fishing, with nearly US$250 million pledged via policy, governance, on-the-water assets, technical assistance, and innovative forms of monitoring and traceability.

United States brings together 21 agencies with an integrated, government-wide response to IUU fishing globally under the Maritime Security and Fisheries Enforcement Act.

United Kingdom increased their target for offshore wind deployment to deliver 50 GW by 2030, with an ambition for 5 GW to be from floating offshore wind.

Actions to support the development of upgraded fisheries and aquaculture value chains, with the European Union and the United Kingdom both committing more than $130 million each to domestic improvements, while the UN Food and Agriculture Organization alone is providing $53 million to fund such work with a focus on Small Island Developing States.

Australia announced US$700 million to protect the Great Barrier Reef.

The Australian Government has committed to a $20 million investment to improve data integration and electronic vessel monitoring systems supporting near real-time, evidence-based decision-making for fisheries management.

The Green Climate Fund announced an anchor commitment of up to US$125 million, implemented by Pegasus Capital Advisors to fight coral reef degradation.

The Republic of Korea announced US$100 million per year to address the scourge of plastic pollution.

The United States announced more than US$160 million to support coastal resilience through the National Coastal Resilience Fund.

United States announced more than 100 commitments worth more than US$2.6 billion, including contributions from at least 13 departments and agencies. Because protecting our ocean is an “all-hands-on-deck” effort.

Lastly, Palau will support the Clydebank declaration, pledging to work together to establish zero-emission maritime routes known as the Green corridors. Too often, we overlook the impact of shipping emissions, which are significant and rising, said President Surangel Whipps Jr.

A total of 410 commitments were made worth US$16.35 billion at the 7th Our Ocean Conference in Palau.

Could a digital twin of Tuvalu preserve the island nation before...