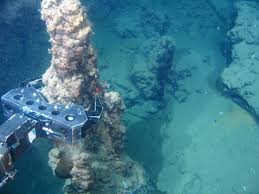 The Pacific Parliamentarians’ Alliance on Deep Sea Mining (PPADSM) has been officially launched as a high-level political voice that will advocate for the protection of the Pacific Ocean from exploitation.

The launch of the regional group coincided with the 7th Our Ocean Conference, which started Wednesday in Palau.

The Alliance is a collective of Pacific leaders who share a strong concern for the health of our ocean, and who have rallied against the reckless rush by large corporations, backed by powerful governments, to mine the ocean floor for minerals.

The Alliance holds firmly that, given the experimental nature of this industry and growing scientific consensus around the probable irreversible damage to the ocean and ocean systems, all deep sea mining (DSM) activities must cease immediately to allow scientific research to establish whether or not it should be pursued.

With the support of some Pacific leaders and increasing scientific evidence on the dangers of DSM, both state and non-state actors have played a key role in trying to slow down efforts to mine the region’s seabed. But despite some success in the last decade, the rush to mine the seabed has continued to gain momentum. This has highlighted the urgent need for moral political leadership on the issue.

Ralph Regenvanu, PPADSM Chair and Vanuatu’s Leader of Opposition said, “Our Ocean defines us. It has sustained us for thousands of years. But today our ocean is facing significant threats due to man-made stressors. DSM is one of these big threats. The science is telling us that the damage from digging and drilling our ocean floors will have devastating and irreversible impacts. It will affect marine life and human lives. We have the opportunity to take action and safeguard our lifeforce. The Pacific Parliamentarians’ Alliance on Deep Sea Mining is established for exactly that reason – to act as a moral compass and advocate for what is right. It is our moral responsibility and obligation to protect what sustains us.”

The ocean also plays a crucial role in mitigating the impacts of climate change by acting as a carbon sink – absorbing carbon dioxide in the atmosphere – thereby helping regulate global climate. It is well established that the health of the ocean is already in decline from human activities such as over-exploitation, pollution, and climate change and global warming. There is no scenario in which DSM does not result in damage; it can only compound these stressors.

The PPADSM also believes that the rush to commence DSM in the region bears a stark resemblance to previous instances where the Pacific Ocean and its peoples were used as test subjects in experimental frontier industries, which ultimately benefitted the rich while leaving the Pacific to bear dire economic, social and environmental consequences.

These complex challenges, the Alliance believes, require strong political leadership and immediate concerted action at the regional level. They are concerned that failing to check this momentum, DSM activities could begin within the next 15 months.

With that backdrop, the PPADSM has also released the ‘Our Ocean Call’ as part of their launch with five key asks to protect the Pacific Ocean:

As Pacific Leaders and custodians of this vast ocean, we are obliged to preserve the ocean for the sake of future generations and for all living and nonliving things. The protection of a sacred ocean is our moral responsibility.

a) call for recognition that the ocean is our common heritage and, as Leaders, we have a common responsibility and moral obligation for its protection;

b) call on all Pacific and world leaders to join the growing ranks of governments, scientific authorities, CSOs, global leaders and indigenous peoples the world over opposing the rush to mine the ocean floor;

c)support the call by some Pacific governments for an urgent need to suspend DSM activities in jurisdictions within the Pacific region, to allow for greater scientific understanding about potential impacts of DSM;

d)support the growing international call for a moratorium on DSM in line with the UN Decade of Ocean Science for Sustainable Development to scientifically assess whether DSM can be done in a way that avoids harm to ocean ecosystems, recognising the interconnectedness of these ecosystems beyond national jurisdictions;

e) urge all states, in accordance with the precautionary principle and in support of evidence-based policy making, to adopt an approach that reviews the scientific evidence, to determine whether or not DSM activities should proceed based on agreed governance structure and regulations that support the inclusion of such measures.

Who will pay for the damage caused by climate change?

Moana Minerals Limited announces award of an exploration licence by the...