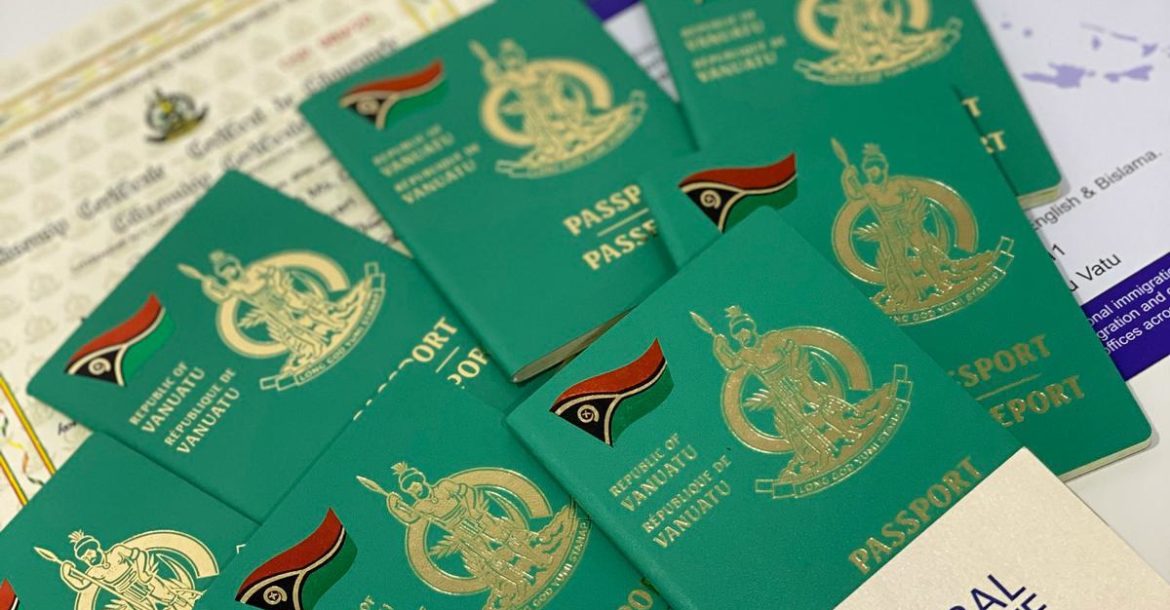 The Russian invasion of Ukraine ignited unrest in Europe and other allies over concerns of Russian oligarchs expanding their reach through the economic citizenship gateway.

Most of the countries offering economic citizenship have officially announced bans on ‘Russians and Belarusians’ from acquiring citizenship of their country but Vanuatu.

According to a senior member of Vanuatu’s Citizenship’s Office and Commission (COC), the government is still taking applications of Russian nationals, which might serve as a major threat to the western community. After the EU suspended the visa waiver agreement with Vanuatu, the UK government is also considering to suspend the visa waiver due to unethical and insecure handling of the citizenship programme.

“The government is silent and has not ordered anything to secure the programme and wider international community. The government has still not banned Russians from obtaining citizenship by investment as all other countries did. I am afraid that the EU might impose further sanctions against Vanuatu, which will serve as major damage to the citizens and residents of our country and our economy,” the officer added.

Vanuatu Citizenship’s Office and Commission (COC) has failed to uplift its economic citizenship programme to overcome the suspension of the visa waiver agreement by the European Union. Despite promising international standard vetting, the unit has not commenced any due diligence on its citizenship applicants. The EU had expressed concerns, and which was a major cause of suspension.

According to a senior member of COC, the Commission – which formed a special task force to conclude with a report on the country’s citizenship by investment programme and to assess the shortfalls of the citizenship programme and review the due diligence process, has minimal or low activity.

“Notwithstanding with its promise to secure citizenship programme, a special task force established by Vanuatu government is highly inactive and is failing to fulfil the requirements of the European Union,” officer added on condition of anonymity.

Lately, the government has announced that it would engage esteemed international firms to oversee checks on the applicants who obtained citizenship of Vanuatu through an economic gateway.

The STF is due to present the final report by the end of April, while as per sources, not even a single application has been scrutinised so far. The government had earlier assured to take help from an international due diligence agency to revive the citizenship by investment programme, which the European Council has flagged for its lack of security conduct. But, surprisingly, the government continued their ineffective operations towards the citizenship programme.

While showing concerns, the source within the citizenship unit stated that the Vanuatu government is acting confusingly and not making firm decisions for the economic citizenship programme that provides for more than half of the country’s total GDP.

The European Council has partly suspended the EU visa waiver agreement with Vanuatu. Vanuatu passport holders will not be allowed to apply for ETIAS and will rather require a visa for the Schengen Area.

The final action was taken after giving several strikes to the Vanuatu government to strengthen their due diligence process; however, Prime Minister Bob Loughman led administration ignored the warnings and continued their ignorant behaviour.

The European Commission suggested on 12 January, 2022, a partial suspension of the agreement with the Republic of Vanuatu, which permits Vanuatu citizens to travel to the EU without a visa for stays of up to 90 days. On March 03, 2022 the EU Council officially suspended visa waiver agreement due to risks posed by golden passport schemes.

The EU and its Member States must engage in a more intense dialogue with Vanuatu in order to eliminate or significantly reduce security concerns. If Vanuatu takes sufficient steps in this direction, the partial suspension should be lifted.

The EU has decided that Vanuatu’s investor citizenship programmes have major flaws that potentially represent a risk to the EU, based on meticulous monitoring and assessment. These flaws include: Extremely low application rejection rate, which raises security concerns and low-grade due diligence. Absence of physical presence or residence required by Vanuatu, offering short processing periods and lack in information exchange with applicant’s origin country. Granting citizenship to applicants who are listed in the Interpol wanted database. And, persons obtaining citizenship whose origin country requires a visa to travel to the EU.

Most of the concerns can be tackled by the strong, international and independent due diligence processing, from which the government is seen running away.