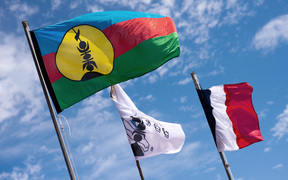 New Caledonia’s largest pro-independence party said it will not give up on the gains made in terms of decolonisation from France under the 1998 Noumea Accord.

The party president Daniel Goa made the statement in an address at the party congress in the north of the main island at the weekend, outlining its key points ahead of negotiations with Paris about the territory’s institutional future.

Last December, just over 96 percent voted against independence from France in the third and last referendum provided under the Noumea Accord.

However, the plebiscite was boycotted by the pro-independence side after it had unsuccessfully asked Paris to postpone the vote because of the impact of the Covid-19 pandemic on mainly the indigenous Kanak population.

The pro-independence parties said they would not recognise the result, describing it as illegitimate and one not reflecting the will of the people to be decolonised.

Anti-independence parties as well as the French government welcomed the result, with President Emmanuel Macron saying France was more beautiful because New Caledonia decided to remain part of it.

Right after the vote, the French overseas minister Sebastien Lecornu said Paris planned to hold another referendum in June next year about a new statute for a New Caledonia within France.

However, Goa reiterated at the weekend the pro-independence camp’s stance that it wouldn’t join discussions about re-integrating New Caledonia into France.

He told delegates that ‘the Caledonian Union had nothing to negotiate except to listen and discuss the process of emancipation that will irreversibly lead to sovereignty’.

Pro-independence parties, united under the umbrella of the FLNKS, said after the December referendum that they would have no negotiations with France until after this year’s election.

Last month, at the Congress of another pro-independence party, Palika, its spokesperson Charles Washetine suggested holding another independence referendum by 2024 to complete the decolonisation process, but this time with the participation of the Kanak people.

Washetine added that the vote should be run by the United Nations, and not by France any longer.

Goa accused France of having failed to be neutral at the last referendum, which was meant to conclude the Noumea Accord process with the Kanak people’s emancipation.

However, he said it turned out that France tried to hide behind a ‘neo-colonial putsch’.

Under the Noumea Accord, there has been a gradual transfer of power, which is enshrined in the French constitution and which Goa insisted was an irreversible achievement.

He was firm that there could be no consideration to open the electoral rolls which restrict voting rights to indigenous people and long-term residents in provincial elections and in referendums.

About 41,000 French residents are excluded from such voting.

Goa said freezing the electoral body with the Noumea Accord put an end to the French settlement policy, which the French prime minister Pierre Messmer still encouraged in 1972.

He said the signatories of the Accord wanted to lay the foundation for a citizenship of New Caledonia, allowing the indigenous people to be joined by long term settlers to forge their common destiny.

Goa said since the December referendum, the French state intended to bring these 41,000 French people back into the electoral body, which he said would destabilise the still very fragile political balances.

He likened attempts to change the rolls to re-colonisation.

He wondered why France would question the achievement of the Noumea Accord for the sake of ‘a handful of French people’ who left their country to settle in New Caledonia.

Goa said France was ready to sacrifice a political process and its word given in front of the international community for what he described as a ‘handful of adventurers’.

Anti-independence parties, however, expressed support for the push to have the restrictions abolished.

A local interest group, One Heart One Vote, said it would lobby the French Supreme Court, the European Human Rights Court and the United Nations to quash the existing provisions, describing them as discriminatory.

With the French presidential election due on 12 April, the Republicans’ candidate Valerie Pecresse said the eligibility question must be readdressed as to give a full place to those who had been building New Caledonia for years while having no right to vote.

In his address, Goa also alluded to the war in Ukraine and what he called France’s ‘omnipresent imperialism’ in part because of its continued occupation of Mayotte in the Indian Ocean.

The Comoros, which is between Mozambique and Madagascar, was partitioned after independence in 1975 because France refused to let Mayotte go as its residents had voted to stay with France.

The United Nations asked France to return Mayotte, but Paris integrated the island to become a French department in 2011 and part of the Eurozone three years later.

France will have presidential elections this month, followed by National Assembly elections in June.

Proper discussions on how the December referendum outcome will be implemented will have to wait.