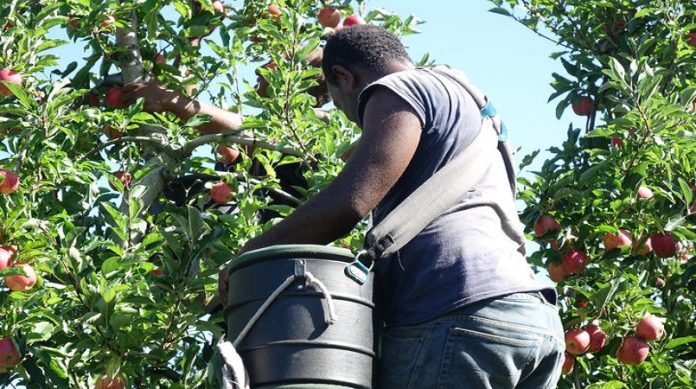 The Australian Federal Agriculture Minister has taken a swipe at labour-hire companies that leave foreign workers with just $100 (US$74) in weekly wages.

David Littleproud said it was not appropriate the workers be left with such little take-home pay after their employer made deductions for things like accommodation, transport and visas.

“There is a small cohort in agriculture, as there is in every industry, that do the wrong thing that cut corners,” he said.

“And we’re doing that with increased regulation on labour-hire companies and increasing the penalties to make sure if they do the wrong thing, we will remove them.”

Littleproud was asked about the deductions after a Senate inquiry heard one of Australia’s largest labour-hire firms made hundreds of dollars of deductions from Pacific workers’ weekly pay cheques.

The inquiry was also told how during some weeks there were some workers employed by MADEC that were left with $100(US$74) after the deductions.

MADEC is a not-for-profit and accredited employer under the federal government’s Pacific worker scheme.

Its chief executive, Laurence Burt, told the inquiry the weekly deductions were made to recover several costs.

“In the first 10 weeks of someone’s arrival into Australia on the seasonal worker program, they work through a process of paying for the international airfare, visa costs, cash advance and other on-arrival expenses …

“That’s spread across the first initial weeks of engagement and recovered on a weekly basis.

“In addition to that, there are weekly living costs such as accommodation, transport and health insurance that are also recovered out of workers’ salaries each week by their approved employer as well.”

Burt also spoke of two farm workers who between them averaged a take-home pay of $390(US$289) per week for their first 12 weeks of employment.

“Which is well beyond the target net benefit that was articulated in the letter of offer which the workers agreed to prior to leaving Samoa.”

Labor senator Tony Sheldon, who chaired the inquiry, said he was “gobsmacked to think that workers can be taking home as little as $100(US$74) in a week and the system is not holding those employers to account”.

“[MADEC is] one of the biggest operators of labour hire in the agribusiness, ag industry and it needs to be turning around and making sure that it’s doing the right thing,” he said.

“But the problem is that people that are working in competition with them are carrying out the same practices.

It had initially suggested the first workers on the visa would arrive last year but no country has agreed to participate in the programme yet.

Last month, Littleproud said it was up to Foreign Affairs Minister Marise Payne to end delays implementing the new visa.