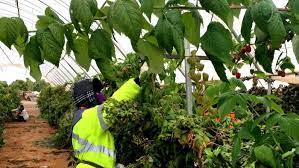 Some seasonal workers are alleging that their employers are eating into their salaries with hidden deductions after receiving on $100 (US$72) for a week’s worth of work on Australian farms.

A Senate Committee inquiry has been investigating their working conditions, and is expected to table a report at the end of the month.

Samoan-Australian Lieta Sauiluma-Duggan is an advocate for seasonal workers and testified at the senate hearing.

“The deductions are outrageous,” she said.

Some of the workers are said to only have received $250 (US$182) for four weeks of work because their transport expenses were deducted from their salary.

“The biggest challenge that these workers face is lack of understanding the language,” she said.

“These approved employers are counting on the fact that these people don’t understand [the language] so therefore they can do whatever they want,” said Sauiluma-Duggan.