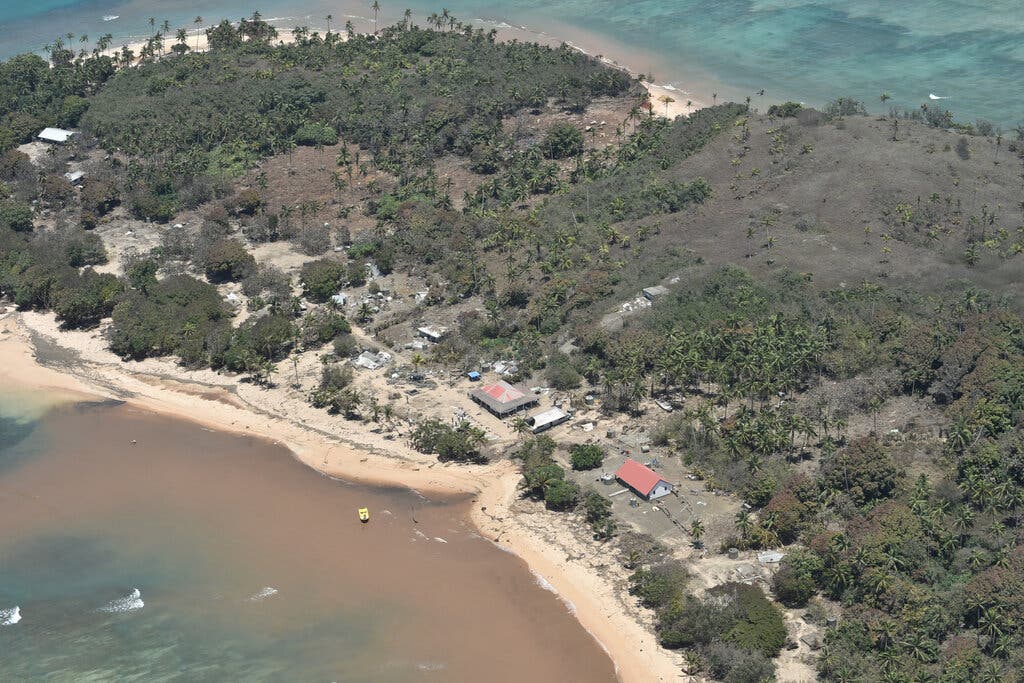 A month after an undersea volcanic eruption and ensuing tsunami lashed Tonga, a UN official said Wednesday that 80 percent of the Pacific island nation’s 105,000 people were affected and the country needs over US$90 million to start repairing damage and restoring its key farming and fishing sectors.

Sanaka Samarasinha, the UN resident coordinator for Tonga, said during a virtual news conference from neighbouring Fiji that “the anxiety hasn’t gone away with the receding waters of the tsunami.”

Cyclone season is still in full swing, and there are almost weekly earthquakes in the region, the latest a magnitude 5.0 quake only a few hours earlier just 47 kilometers (30 miles) from the capital, Nuku’alofa, Samarasinha said. He said no damage had been reported.

The 15 January eruption left a thick layer of volcanic ash blanketing Tonga’s main island, tainting much of its drinking water. Several small settlements on outlying islands were wiped out, and the tsunami severed the sole fiberoptic cable that connects Tonga to the rest of the world. Four people died.

Samarasinha said 14 UN agencies and the international community are supporting Tonga’s relief and recovery efforts, providing almost 40 tons of water and sanitation supplies, reconnecting Tonga with the rest of the world through emergency telecommunications services and logistics, and providing food, school materials and psychological support.

The UN also plans to provide cash of US$5,000 of Tonga’s most affected people, including 2,000 who are still displaced from their homes and others who lost their livelihoods, he said.

Tonga had been COVID-19 free for almost two years but the volcano’s aftermath brought the coronavirus to the island, when two Tongan dockworkers tested positive. Samarsinha said the country is in lockdown until 20 February, and because of its high vaccination rate — 89% with double doses — those infected have displayed mild symptoms.

The World Bank estimates US$90.4 million in losses, which represents 18.5 percent of Tonga’s GDP, he said.

More than 80 percent of the country’s people depends on small scale agriculture and fisheries and livestock just for consumption, Samarsinha said. The World Bank estimated losses to agriculture, forestry and fisheries at US$20.9 million.

There were also multimillion-dollar losses to homes, schools, churches, community halls and other non-residential buildings, and infrastructure including roads, bridges and the ruptured undersea cable, he said.

He said approximately US$30 million has either come in or is about to come in for relief assistance, and some will be used for early recovery programmes.

Samarsinha stressed that the US$90.4 million in estimated losses doesn’t take into account future losses from tourism, agriculture or commerce.

“We know that much of the infrastructure that was destroyed or damaged beyond the homes of people was the tourism infrastructure,” he said.

“We must support the government’s efforts to quickly prepare and implement a comprehensive recovery plan, one that takes into account the economy and infrastructure as detailed in the World Bank report, but also focuses on those who are most are most affected,” Samarasinha said.