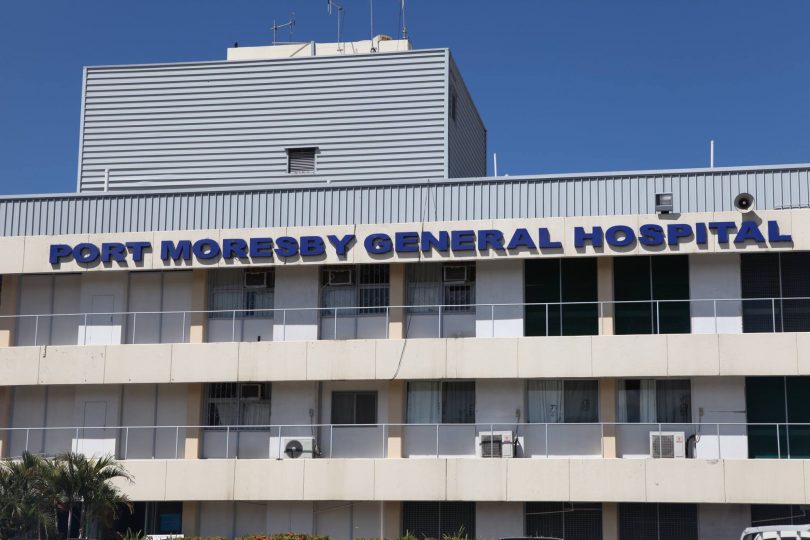 This follows a statement made by the hospital’s head of obstetrics and gynaecology Prof Glen Mola that “trying to do our jobs as doctors has become more and more challenging nowadays because of shortages of essential medicines, disposables and equipment”.

“It seems that there are more and more things that are not available on a daily basis,” he said.

Mola said the hospital ran out of standard IV fluid, sterilising solution and on other days they were not able to do important blood tests because of lack of necessary laboratory reagents.

Mola said there was no access to life-saving drugs on a regular basis.

Molumi said only 13 percent of January’s request was supplied by the AMS.

“We have yet to receive February’s request,” Molumi said.

“We are already in short supply of basic fast-running items and nil stock in most items.

“We have requested suppliers to supply critical life-saving drugs to keep service going.”

Dr Molumi said due to the ongoing chronic shortage of drugs and consumables at the Badili AMS, the demands of PMGH were not met.

“AMS only supplies one-third of catalogued drugs and consumables required by PMGH.

“PMGH purchases 70 percent of the shortfalls supposed to be provided by the National Department of Health through Badili AMS and also specialised drugs not on catalogue. Dr Molumi said some patients were told to purchase their own medication as PMGH only purchased supply for inpatients.

Health secretary Dr Osborne Liko told The National that he would validate the concerns with his team and put out mitigating strategies.

Liko earlier said there were issues with drug procurement and supply but the Health Department was managing, which included clearing a K90 million carry-over from 2019 till last year.

He said the Health Department was mindful of the drug supply issues with PMGH, Angau Hospital and all provincial health authorities and were waiting for the accounts to open so that medicines and consumables could be supplied to them on time.

Meanwhile, the issue of Port Moresby General Hospital (PMGH) and other health facilities running out of basic medical supplies is a grave concern that needs to be addressed quickly, shadow Minister for Health Elias Kapavore says.

Responding to questions by The National on what was needed to be done to solve the chronic medical supply shortage in the country, Kapavore said it was not so much about funding but about getting priorities right.

“The procurement of medical supplies, storage and logistics are routine activities undertaken by the Health Department,” he said.

“There is no need to make changes to the existing systems but identify areas that needed capacity building and strengthening.

“The Government has made the decision to come up with new procurement process by no longer considering the companies in the country that have been part of this for some years.

“At the department, capacity-building is needed at area medical stores, especially with manpower,” he said.