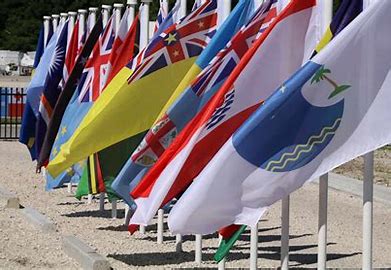 States Parties to the South Pacific Nuclear Free Zone Treaty, the Treaty of Rarotonga, are advancing efforts to secure the entire Blue Pacific as a nuclear free zone.

In their inaugural meeting, held virtually Wednesday and observed by Forum Non-Party Members, the Treaty’s Consultative Committee considered how we are faring as a nuclear-free zone in the global context, and discussed practical means of operationalising the Treaty.

Meeting Chair and Deputy Secretary for Foreign Affairs of Fiji, Esala Nayasi, recalled Forum Leaders’ decision in 2019 to operationalise the Treaty and congratulated the Forum family for the 35th Anniversary of its entry into force. During opening remarks on behalf of PIF Secretary General, Henry Puna, the Deputy Secretary General Dr Filimon Manoni noted the historic significance of this first Consultative Committee meeting and referred to the Treaty as representing the fullest possible contribution, within our means, to protecting humanity from the dangers of nuclear war.

He noted that with peaceful uses of nuclear energy becoming more widespread today, nuclear challenges have become more complex in both non-peaceful and peaceful uses.

The growing urgency of climate change causing more frequent, stronger natural disasters across the globe have drawn attention to nuclear safety issues and large-scale risk such as the 2011 Fukushima accident.

Under the Treaty, the Consultative Committee is mandated to consult and cooperate on any matter arising in relation to the Treaty or for reviewing its operation. Operationalising the Treaty means revisiting its framework and provisions, including legal obligations to renounce and prevent nuclear weapons, nuclear testing, and nuclear dumping, as well as to utilise its Control System to verify compliance with the Treaty.

Welcoming the committee session and its timing within days of the 35th anniversary of the Rarotonga Treaty, Secretary General Henry Puna said the meeting “is especially significant, given the timing and context of new challenges for our region. It represents renewed commitment to advance the mechanisms of the Treaty to ensure its full operation, effect, and compliance. In turn, securing the nuclear-free status of our Blue Pacific.”