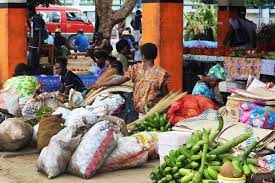 For those in need of a reminder about the precarious state of the Pacific’s Covid-hit economies, on Monday came the news of a $100 million(US$67 million)-plus financial injection for the Cook Islands.

The Asian Development Bank, which is providing $80m (US$53.9 million) in direct loans and a $21m(US$14 million) grant to New Zealand to support the Cooks’ transition “from recovery to sustainable, private sector-led growth”, did not mince words when speaking about the fiscal risks.

“The Cook Islands’ nascent economic recovery could unwind if further impacts from the pandemic delay the revival of its tourism industry.”

Equally stark numbers came from a Ministry of Foreign Affairs and Trade economic update noting New Zealand’s imports from the Pacific dropped by 73 percent in the year to June 2021, while its exports to the region fell by 30 percent in the same period.

Amidst the gloom and global uncertainty, there is some hope that a Pacific trade deal still in its embryonic stages can act as “the engine that pulls us collectively out of the pandemic and into a new and more prosperous future”, as Phil Twyford put it.

The Minister of State for Trade and Export Growth was speaking at an event to mark the first anniversary of PACER Plus, which entered into force in December last year.

Views on the agreement’s merits are mixed: critics have argued it benefits Australia and New Zealand more than Pacific nations required to cut valuable tariffs, and Fiji and Papua New Guinea – the two largest economies in the region – have so far refused to join the deal.

But while PACER Plus was rarely mentioned during a panel of Pasifika business owners convened for the event, there was excitement about the potential for economic growth and development in the region.

WE Accounting co-founder Wyndi Tagi, whose company operates in New Zealand and Samoa, said growing connectivity and experience in remote working showed the opportunity to expand the region’s exports of services while stopping a brain drain.

“When the borders are closed and tourism takes a hit, there’s still opportunities to bring outside money into the Pacific Islands…the outsourcing industry is a multi-billion-dollar industry, so why shouldn’t the Pacific Islands be taking a piece of that?”

Christopher Saili, the managing director of Pacific Islands engineering start-up Kahuto Pacific, said e-commerce had gone from a “distant dream” to a closer reality, thanks to investment in infrastructure like undersea internet cables and high mobile penetration across the Pacific.

Twyford himself cited one technological development – the creation of the ASYCUDA customs border management system – as an example of one of the “early wins” made possible by PACER Plus, noting the story of a freight forwarder in Tonga who was now saving time and money by lodging manifests online.

“It’s very practical – it’s possibly not very glamorous, but it actually does make a big difference.”

But one major gap in the deal was pointed out by Saia Finau Latu, chief executive of construction company TROW Group, who spoke of his struggles to recruit workers from the Pacific.

“If we need fruit pickers, easy, we can get fruit pickers simple. But if we need skilled labourers, to bring them over, whether [from] Samoa or Tonga or Fiji we can’t get them – we need to get some [from the] Philippines…

“We need more than just coming in [and] fruit picking, let’s do that policy change so we can get our people opportunities to grow.”

The lack of any binding labour mobility provisions were a bone of contention at the time PACER Plus was signed, with Pacific countries keen to win expanded commitments from New Zealand and Australia.

The number of Pacific workers coming to New Zealand for horticultural work through the Recognised Seasonal Worker (RSE) scheme has also plummeted due to border restrictions, leading to fears of labour shortages.

But Twyford said the Government had bigger ambitions than returning RSE numbers to normal.

“I see an opportunity in the labour mobility work that we are now beginning to craft together in the region to turn a new page and to think about labour mobility as an engine for collective economic development.”

As part of its work on the country’s immigration settings, the Government was looking at establishing “a Pacific preference” to provide skilled and semi-skilled workers with employment opportunities beyond horticulture, and in turn encourage them to return home with new skills.

“It’s really important that we don’t design policies that will make the brain drain worse in other countries – we want a kind of circular labour mobility that will actually help Pacific countries to grow the workforces they need for the new economy of the 21st century.”

Speaking to Newsroom after his speech, Twyford said he was hopeful of tangible gains on the policy during 2022, having spent months working with foreign affairs and immigration officials on how to make the concept a reality.

He noted Pacific nations would need to be at the forefront of negotiations to protect their own interests.

“It’s not a situation where you know, New Zealand just says ‘Here are our needs, you can fill them, take it or leave it’ – it’s actually, ‘What are the industries where we might be able to help each other out, where we have some skills shortages, and you can allow workers to to travel to do that’.”

Dr Anna Powles, a senior lecturer at Massey University’s Centre for Defence and Security Studies, told Newsroom the benefits of PACER Plus to date remained unclear, along with how it fit into Foreign Affairs Minister Nanaia Mahuta’s new “Pacific resilience” vision.

But Twyford seemed confident that the immigration work could act as a game changer for the region, and possibly even entice Fiji to join PACER Plus despite its earlier reticence.

“The big ticket item is labour mobility, that’s the thing that people in the region – that’s what makes their eyes light up. They see the economic value there.”.