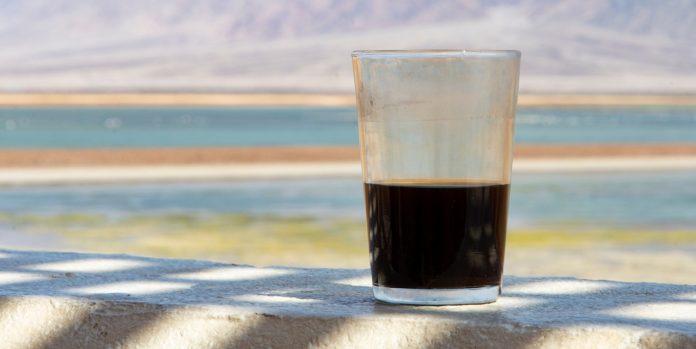 For many, the Glasgow Climate Change Conference, known as COP26, was a significant disappointment. Much had been promised by the UK Government, but last-minute ructions over the reference to the phase out of coal left many with a sour taste in their mouth. Glasgow was an opportunity to steer the global community towards the Paris Agreement goal of limiting global temperatures to 1.5⁰C above pre-industrial levels. For Pacific Small Island Developing States, the Glasgow conference was to be the pivot point for global action to address climate change.

The last minute changes to the overarching decision for the conference (known as Glasgow Climate Pact) to scrub out the reference to “phasing out of coal power” and replace it with a “phase down of unabated coal power” at the behest of China and India, left many wondering whether the world was serious about addressing climate change.

The story behind this word change is significant and worth reflecting upon. Since climate change negotiations began in 1990, India and China have consistently said that the developed world has the primary responsibility to reduce emissions and address climate change. This notion is firmly enshrined in the UN Framework Convention on Climate Change’s wording which refers to “common but differentiated responsibilities and respective capabilities”. They argue that their development is contingent on the provision of affordable power to their entire population. At the moment, coal-fired power appears to be a key component of this development strategy. Needless to say, many other developing countries, which are extremely vulnerable to the impacts of climate change, believe that the phase out of coal and other fossil fuels is essential for their development and survival.

For some other developing countries, the pathway to affordable power is moving in another direction. During the COP, South Africa, Germany, UK, U.S and the European Union signed an International Just Transition Partnership, aimed at decarbonising South Africa’s economy, particularly in the electricity supply sector. With a commitment of USD $8.5 billion, it aims to prevent 1-1.5 gigatonnes of emissions over the 20 years and to transition to a low emission, climate resilient economy. It seems that while India and China were wrangling over wording, South Africa was working behind the scenes to broker a significant deal for their future. Some know how to play the game better than others.

Saying that, the U.S and China did sign a pact, called the U.S-China Joint Glasgow Declaration on Enhancing Climate Action in the 2020s. Much of the Declaration is aspirational and doesn’t commit either side to significant collaborative efforts.

Finally, a brief word on the word “unabated” coal power. It appears that the lawyers from the US introduced this word, along with the word “inefficient” with respect to phasing out of inefficient fossil fuel subsidies. This term also appears in the Glasgow Climate Pact. For one who studies and practices wordsmithing in climate change negotiations, these two words create significant wiggle room for those not so keen to phase out coal or fossil fuel subsidies. The reference to “unabated” is a nod to those who want to use coal power and carbon capture and disposal technologies. Meanwhile, the reference to “inefficient” fossil fuel subsidies is hard to fathom. Does it mean that efficient fossil fuels subsidies are still OK?

Contrary to a significant portion of media reports, the Glasgow Climate Pact was not the only outcome of note at COP26. The Paris Agreement “rule book” was finalised, allowing the Agreement to be fully implemented. Finishing the rules around the Carbon Market, (Article 6) of the Paris Agreement, was a significant achievement. It now puts in place a means for countries to trade emissions reductions among themselves as a means of driving a market to enhance efforts to achieve the 1.5⁰C goal. This is the theory. As with any internationally agreed set of rules based on consensus decision making, the devil is in the detail. Not everyone wins and not everyone loses. It a process of compromise. There are significant loopholes in this carbon trading agreement. For instance, at the insistence of Brazil, carbon credits generated by the Kyoto Protocol before 2020 can be carried over in to the new post-2020 carbon market. This will significantly affect supply and demand and is likely to undermine the market.

Rules around how countries will report on their efforts to achieve their Paris Agreement targets, known as nationally determined contributions, were also agreed in Glasgow. This is called the enhanced transparency framework. Now, those with a keen eye can watch who is being serious about emissions reductions and those who want to game the system. Watch this space.

The issue of loss and damage was also a significant point of contention in Glasgow. Developing countries brought forward the idea of a new financial facility on loss and damage. This was roundly rejected by the U.S, who see this facility as an admission of liability for the damage caused by the largest greenhouse gas polluter in the world. The facility never saw the light of day. More intense negotiating work will be needed to see this facility inked on paper.

While countries were wrangling over the Paris Agreement rules, institutions, corporations and some governments made an interesting collection of pledges, declarations and collaborations outside of the formal UN process. Some of these included: The Global Leader’s Declaration on Forests and Land Use, Beyond Oil and Gas Alliance, the First Movers Coalition, the International Aviation Climate Ambition Coalition and the Clydebank Declaration for Green Shipping Corridors. Perhaps the most notable was the Glasgow Financial Alliance for Net Zero. This coalition aims to bring together the financial sector to accelerate the transition to a net-zero economy. Over ninety-five financial institutions have joined this Alliance. It will be interesting to see whether this is a genuine effort to decarbonise the global economy or simply window dressing to appease the growing concerns of shareholders and the public about the impacts of climate change.

Another noteworthy pledge was the announcement by the UK, Norway, Germany, the US, the Netherlands and seventeen funders to give USD$1.7 billion to help Indigenous Peoples and local communities to protect biodiverse tropical forests. According to the funders, this will be used to strengthen land tenure systems and protect the tenure and resources rights of Indigenous Peoples and local communities

For vulnerable Pacific Island Countries, Glasgow failed to deliver a definitive statement on how to reach the Paris Agreement goal of 1.5⁰C. All eyes will be on the UK government to see if their one-year term as President of the COP will deliver much more than what they were able to achieve in Glasgow. At the moment, the glass is half empty. Let us hope that it can be topped up with new commitments, without caveats and wiggle room for obfuscation.

Dr Ian Fry has attended climate change negotiations since COP3 in 1997 as part of the Tuvalu delegation. He was appointed as Ambassador for Climate Change and Environment for the Government of Tuvalu in 2015 and held this position until 2019. He attended COP26 as an advisor to the Government of the Solomon Islands. Ian also teaches part-time at the Australian National University’s Fenner School of Environmental and Society where he specialises in international environmental policy. He is the Pacific representative to the UN for the International Council on Environmental Law.