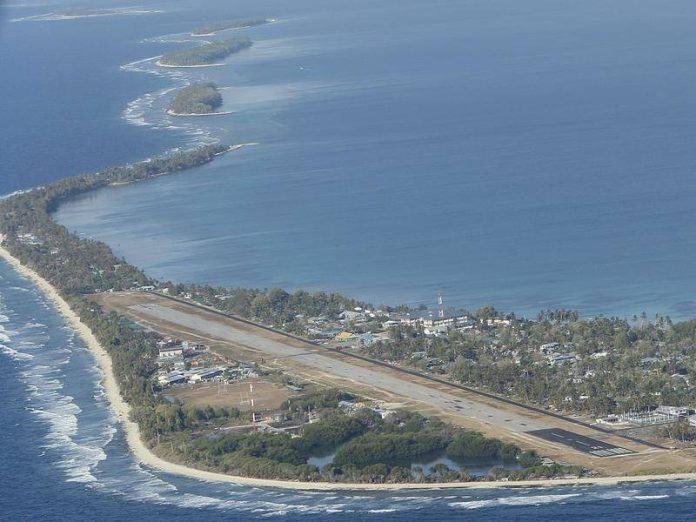 Leaders from Pacific Islands threatened by rising sea levels said they were disappointed with the Glasgow climate pact, which called for a phase down rather than phasing out of coal use, the biggest source of global warming.

“If you look around the world we’re not quite happy about the outcome of COP26 for obvious reasons,” Panuelo said, referring to the UN Climate Conference last month.

All the emissions reduction pledges at COP26 will only limit climate change to 2.4 degrees above pre-industrial levels, well above the target of 1.5 degrees, said Panuelo on a panel at the Reuters Next conference.

Speaking on the same panel, former Pacific Islands Forum Secretary General Meg Taylor, who is from Papua New Guinea, said she expected much more from COP26.

“I just expected countries to be much more progressive, especially with what the threats are to the Pacific,” Taylor said.

However, she said Papua New Guinea was “very pleased” that the issue of “loss and damage” is at least being discussed.

Low lying countries had pushed rich nations to set up a “loss and damage” fund to help them avert or minimise the impact of climate change, but countries only agreed at COP26 to begin a dialogue on the issue.

Former Kiribati president Anote Tong said the world fails to understand that urgent action is needed as Pacific island countries will eventually be under water even if all countries meet their emissions reduction targets. During his presidency, Tong bought land in Fiji for Kiribati citizens to take refuge from potential climate change damage.

“I don’t think the global community has ever truly understood what it is that we face with the impacts of climate change. It is an existential threat,” Tong told the Reuters Next conference.