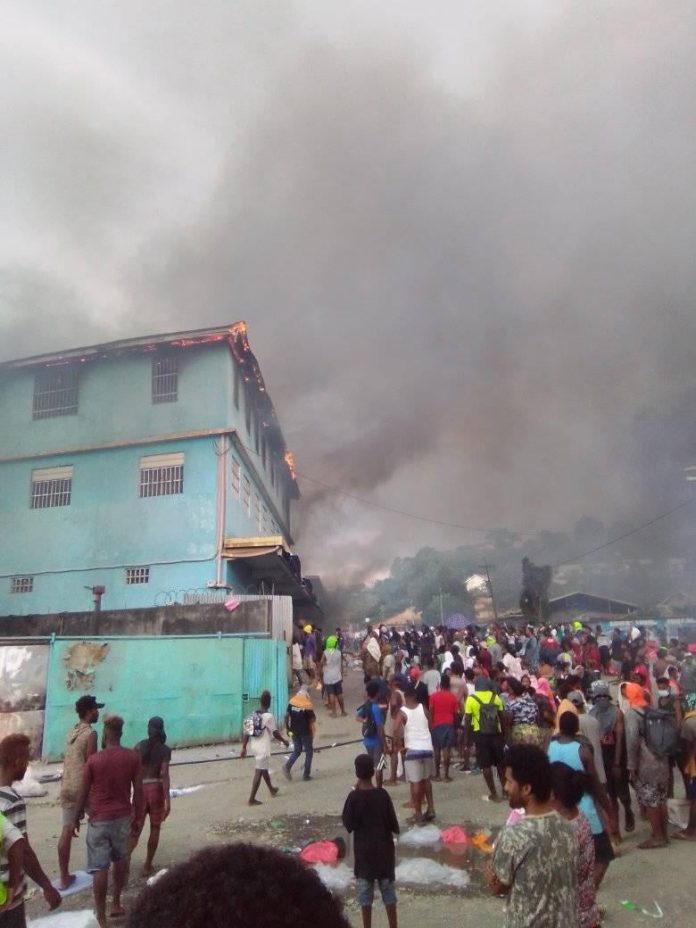 “I call on the Prime Minister to do the right thing and resign’ – given the current situation in Honiara.

Wale pointed to Wednesday’s protest and current ongoing unrest in Honiara as a consequence of years of neglect by his government of pressing issues that have been neglected for too long.

“The Prime Minister’s comments on Malaitans not to bang their heads against a brick wall was culturally insensitive. It has further incited feelings”.

The Leader of Opposition also added that, “if Prime Minister Sogavare refuses to resign, I am calling on Ministers and MPs to resign from the DCGA to remove the Prime Minister.”

“This situation will not be resolved by the Police, it requires a political solution. It is unfair on the police to expect them to face the people’s anger caused by irresponsible leadership,” said the Opposition Leader.

The Leader of Opposition added that, “a string of controversial decisions made over the last couple of years has added fuel to people’s feelings.”

“Regrettably, frustrations and pent up anger of the people against the Prime Minister are spilling uncontrollably over onto the streets, where opportunists have taken advantage of the already serious and deteriorating situation.”

Wale said the 36-hour lockdown is yet another reactionary response that is not the solution to the current situation.