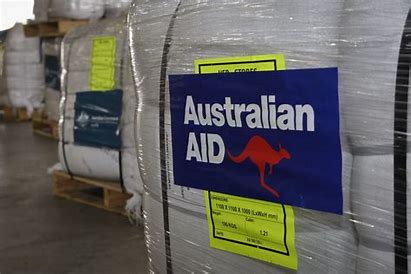 Papua New Guinea’s top Covid official has blamed his country’s poor response to the pandemic on its shattered health system and “a cabal of multilateral agencies and international NGOs”.

PNG Covid controller David Manning told a University of Melbourne conference that the international aid sector had ­undermined his government’s efforts to run contact tracing and roll out vaccines.

The accusation came amid new research revealing vaccine hesitancy in the Pacific threatened to sabotage the region’s economic recovery, posing huge problems for Australia as the ­region’s major aid donor.

Lowy Institute modelling suggests Australia’s nearest neighbour PNG, where fewer than two percent of people have had Covid jabs, is unlikely to lift its vaccination rate beyond 16 percent by the end of 2022.

The Solomon Islands is expected to have vaccinated two-thirds of its people and Vanuatu 56 percent by December 2022.

Manning, who is also PNG’s Police Commissioner, said the inter­national aid sector needed to wear a share of the blame for his country’s Covid crisis.

“I was not prepared for what I found to be the true nature of the health sector,” he told the forum, which was co-hosted by the World Health Organisation.

“In short, at the national level the Department of Health has become little more than a shell that is controlled by a cabal of multilateral agencies and international NGOs.

“They undermined our data systems, they disobeyed my orders and set up parallel systems and advised a struggling disease surveillance team accordingly.”

The growing chaos comes as PNG seeks a new loan from Australia of up to $580m (US$419 million) to help repair its ailing budget.

Australia’s aid sector is urging the Morrison government to lock in temporary support for the Pacific in the mid-year budget update, warning that the ongoing pandemic and growing geopolitical competition are directly threatening Australia’s interests in the region.

“We are providing very tangible assistance and forming closer bonds in the process,” he said.

“But the government’s initial targeted measures will end soon. Australia’s major economic and social package for the Pacific will end in June 2022.

“Ballooning Pacific debt levels tells you all you need to know about the pressures that the pandemic continues to inflict.”

PNG faces some of the most entrenched Covid vaccine hesitancy in the world, encouraged by some political figures.

It has recently experienced a wave of public protests and resignations over the government’s “No Jab, No Job” campaign.

The chairman of the country’s Constitutional and Law Reform Commission, Kevin Isifu, declared the government’s vaccine mandate was unconstitutional because it violated the “right to freedom of choice of employment.