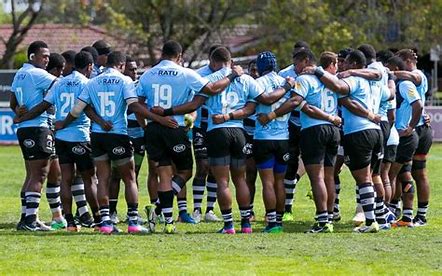 The Fijian Drua embark on their historic Super Rugby journey with an away match in Auckland against the Blues on 19 February 2022.

The 2022 fixtures see 14 regular season games – seven home and seven away – for all teams. The Fijian Drua’s home match locations for the 2022 season are yet to be confirmed, with the Club aiming to finalise the venues by late December. The squad is based in Lake Ainsworth, Lennox Head, New South Wales, for its inaugural season to mitigate the risk of potential border restrictions during the competition.

Fijian Drua CEO Brian Thorburn said: “It’s just so exciting, isn’t it? We are well and truly forging ahead towards our historic Super Rugby Pacific debut. The 25-year dream will become a reality on 19 February 2022. Our players, coaches, staff and management simply cannot wait for the season to start.”

The Fijian Drua’s fixtures for the season are both challenging and exciting. The matches are spread across a mix of primetime TV slots on Friday and Saturday nights, along with Friday early evening and Saturday afternoon matches. The Drua plan to bring their typical Fijian style of fast, free-flowing rugby to in-stadium crowds and television audiences.

Thorburn added: “Our flair and playing style is quite unique and we’re going to bring it to an audience of millions over 15 weeks in the regular season, and hopefully the finals. We think it’s quite fitting that our first match is against the Blues – the reigning Super Rugby Trans-Tasman Champions. Some of the earliest Super Rugby memories Fijians have are of the great Joeli Vidiri thundering down the sidelines for the Blues in the 90s. Of course, it is a massive challenge first up but the team is relishing the prospects of taking on the champions on their own turf.”

“The large Fiji diaspora and Fijian rugby fans in Auckland and surrounding cities will be the first to see our side in action personally. We really look forward to their support as well as the love and prayers of our vuvale in Fiji and around the world. We also look forward to facing off against our fellow competition newcomers and Pacific family – Moana Pasifika. It will be the best of Pacific rugby talent battling it out in what will surely be a spectacle for fans and neutral observers alike!”

The Fijian Drua host their first home match in Round 2 at AAMI Park, Melbourne, which is the competition’s Super Round. According to Rugby Australia Chief Executive Andy Marinos, “it will be a Rugby extravaganza at our first-ever Super Round in Round Two in Melbourne, with all six games at AAMI Park over one weekend.”

All 12 clubs will have their bye in either Round 7, Round 8 or Round 9 providing a fair chance for all teams to recharge as they launch their final push for a place in the Grand Final.

Super Rugby Pacific will also embrace the history and diversity of Rugby with Women in Rugby Round to be celebrated in Round 3, a Culture Round in Round 6 and a Heritage Round in Round 12, where each team will acknowledge their unique history which may include retro jerseys, flashback moments and local club recognition. The five Australian teams and five New Zealand teams will square off for ANZAC Round in Round 10.

Thorburn stated: “The themed rounds also provide us with opportunity to celebrate and honour our women, culture, and grassroots heritage. The Women in Rugby Round (3) and Culture Round (6) will be our home matches, and we look forward to doing something quite special in those weeks around our matches. We know the biggest question our fans have at this time is the locations of our home matches. We are in discussions with a number of venue providers, including in regional NSW, and those cities have expressed great interest in having the Fijian Drua host their home matches there. For now, we ask our fans to get excited and stay tuned to venue announcements over the coming weeks.”

The Fijian Drua squad has been preparing for months now, first in Fiji and have now completed their first full week in camp at Lake Ainsworth under Head Coach Mick Byrne and the coaching team.