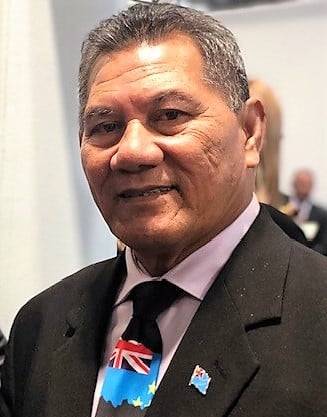 The Scottish Government pledged £1 million (US$1.3 million) for ‘Loss and Damage’ has been welcomed by International NGOs.

Scotland’s First Minister Nicola Sturgeon said her government would partner with the Climate Justice Resilience Fund to “address loss and damage” caused by climate change to support the victims of climate disasters of vulnerable countries.

“The First Minister’s announcement is ground-breaking recognition that funding to help certain people adapt to the climate crisis is utterly useless when their entire community has been wiped off the map.”

“This announcement is a welcome acknowledgement that for some communities around the world, talk of limiting the damage of climate change has already come far, far too late. In many places, climate change has already caused irreversible damage to people’s homes, lives and livelihoods. Despite this grim truth; world leaders have continued to duck calls to establish a new funding mechanism for loss and damage. Other countries must now follow Scotland’s lead and offer dedicated financial support to countries where lives have already been lost and ruined because of climate change.”

“We congratulate Scotland for recognising the devastating impacts of climate change on climate vulnerable countries and being the first developed nation to commit to making an explicit financial contribution to tackling the loss and damage climate breakdown creates.

“Pacific Islands have been calling for loss and damage finance to be addressed globally for over 30 years. Despite efforts to adapt, climate-charged cyclones and flooding causes asset losses worth hundreds of millions of dollars in the Pacific each year. It is crucial other world leaders follow suit and recognise that these events need distinct funds to recover from.

“We call for the New Zealand government to follow Scotland’s lead and scale up financial support to existing loss and damage finance solutions in the Pacific with new commitments, and label this support as loss and damage, not adaptation finance. The government should also align with Pacific Island Countries’ positions on loss and damage at COP26 to get a global response to this issue,” he said.

Under the Paris Agreement, all countries agreed to address the “loss and damage associated with climate change impacts”. But rich countries have resisted providing specific finance for this as they do not want to accept liability and risk being sued by climate vulnerable nations.

The Commission is authorised to request advisory opinions from the International Tribunal for the Law of the Sea (ITLOS) on the legal responsibility of States for carbon emissions, marine pollution, and rising sea levels.

Antigua and Barbuda’s Prime minister Gaton Browne told a Commonwealth meeting at the margins of COP26, that he was doubtful the negotiations will seriously address the issue of Loss and Damage.

“We are pursuing this issue legally on the basis that he who damages must pay restitution. In other words, the polluter must pay,” Brown said.

Tuvalu Prime Minister Kausea Natano this week told world leaders Loss and Damage is not an adaptation and they should be treated separately.

“We cannot allow the reallocation of adaptation funding to address loss and damage. We require stronger guidance on loss and damage financing, and we must develop new financing mechanisms or funding windows for loss and damage,” said Natano.

“This would include consideration of the impacts of climate change on fisheries as part of loss and damage under slow onset events,” PM Natano said.