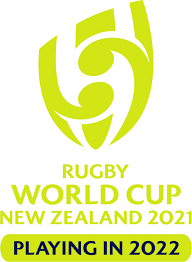 In response to the huge demand for tickets, New Zealand Rugby have confirmed that RWC 2021 Opening Match Day Passes will go on sale on Monday, 01 November at 9am (NZST).

With a goal set to sell out Eden Park on the opening day of the Rugby World Cup and set a new attendance record for women’s rugby, tournament organisers are calling on fans to secure their tickets early and play their part in making Rugby World Cup history on 8 October, 2022 in New Zealand.

Fans in Tāmaki Makaurau, Auckland will be treated to an incredible opening match day at the iconic Eden Park with South Africa v France, followed by England v Rugby World Cup debutants Fiji, with the event capped off by the Black Ferns hosting trans-tasman rivals, Australia. Fans will also be treated to a special celebration in and around the venue.

The festival atmosphere continues in Whangārei on 9 October, 2022 which plays host to some of the top teams in the world including northern hemisphere powerhouses USA v Italy, Canada taking on Asia 1 with Wales capping off the day against the Final Qualification Tournament winner.

Michelle Hooper, RWC 2021 Tournament Director, said: “Following on from the incredible success of the Black Fern Sevens at the Olympic Games in Tokyo, we are excited to see the unstoppable energy building for women’s rugby here in New Zealand, demonstrated by the speed at which our first tournament tickets have sold out.

“Women’s sport is set to take centre-stage here in Aotearoa over the next two years. New Zealanders can stand together and make a difference for women round the world by showing how much we all value the world’s best female athletes, competing at our nation’s favourite sports.

“With Rugby World Cup kicking off on 8 October, 2022, we are creating a moment in time that all kiwis will be proud of and a celebration that is not to be missed. We look forward to welcoming fans to this major global sports event right here on our door-step, join-us.” .