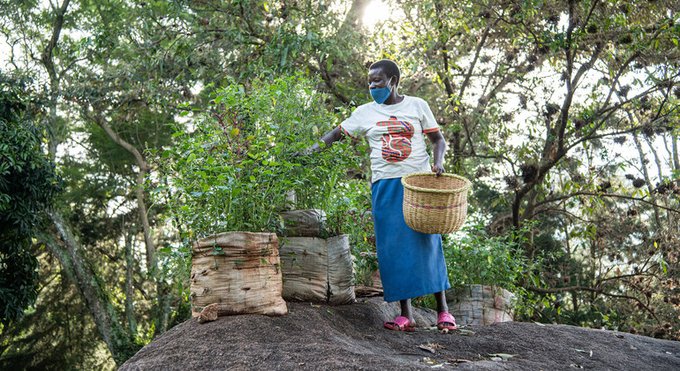 With more than a million species at risk of extinction, countries must work now to achieve a sustainable future for people and the planet, Secretary-General António Guterres told leaders attending the UN Biodiversity Conference, which opened on Monday from Kunming, China.

“We are losing our suicidal war against nature,” he said in a video message to the meeting, which is mainly being held virtually.

The UN chief warned that “humanity’s reckless interference with nature” will have permanent consequences.

“The rate of species loss is tens to hundreds of times higher than the average of the past 10 million years – and accelerating. Over a million species of plants, mammals, birds, reptiles, amphibians, fish and invertebrates are at risk – many within decades,” he said.

“Ecosystem collapse could cost almost US$3 trillion annually by 2030. Its greatest impact will be on some of the poorest and most highly indebted countries,” he added.

The conference, known as COP15, will develop a global roadmap for the conservation, protection, restoration and sustainable management of biodiversity and ecosystems for the next decade.

“COP15 is our chance to call a ceasefire,” said the Secretary-General. “Together with COP26 on climate, it should lay the foundations for a permanent peace agreement”.

A new Global Biodiversity Framework can put nature, and people, back on track, he said, emphasising that it should work in synergy with the Paris Agreement on climate change, and other international accords on forests, desertification and oceans.

The UN chief outlined five areas for action at the conference, starting with supporting everyone’s legal right to a healthy environment. This includes the rights of indigenous peoples, who he described as “stewards of biodiversity”.

The framework must also support national policies and programmes that tackle the drivers of biodiversity loss, especially unsustainable consumption and production.

It must work to transform national and global accounting systems, so they reflect the true cost of economic activities, including their impact on nature and climate.

“Delivering the post-2020 framework will require a package of support to developing countries, including significant financial resources and technology transfer,” he said.

“And fifth, it must end perverse subsidies, including to agriculture, that make it profitable to attack nature and pollute our environment. These funds should be redirected into repairing the damage that has been done”.

Guterres said action in these five areas will go far beyond biodiversity, as they will contribute to global efforts to achieve sustainable development.

He pointed to the future, urging delegates to be bold and ambitious, for the benefit of generations to come.

“Young people stand to lose most from the devastation of natural environments and the loss of species,” he said.

“They are crying out for change. And they are mobilizing for a sustainable future for all. They, and we, are counting on you”.

The UN Biodiversity Conference consists of three concurrent meetings. In addition to COP15, meetings of the Parties to the Cartagena Protocol on Biosafety, and the Nagoya Protocol on access and sharing of genetic resources, are also taking place.

The conference is being held in two phases. The current segment runs through Friday, and will be followed by in-person meetings in Kunming from 25 April to 08 May 2022.