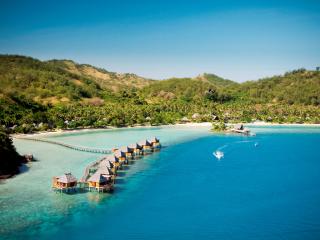 Tourism “touches almost every part of our economies and societies”, enabling the historically marginalised, and “those at risk of being left behind, to benefit from development”, declared UN Secretary-General António Guterres on Monday, marking World Tourism Day.

The impact of the COVID-19 pandemic on tourism could result in a more than US$4 trillion loss to the global economy, according to a recent report from the UN Conference on Trade and Development (UNCTAD).

Highlighting the fact that in the first months of this year, “international tourist arrivals decreased by a staggering 95 per cent in parts of the world”, Guterres said that tourism continues to suffer enormously due to the COVID-19 pandemic.

“This is a major shock for developed economies, but for developing countries, it is an emergency”, he added.

Acknowledging that many millions of livelihoods are in jeopardy, Guterres said that now it is “time to rethink, transform, and safely restart tourism”.

“With the right safeguards in place, the tourism sector can provide decent jobs, helping to build resilient, sustainable, gender-equal, inclusive economies and societies that work for everyone”, he added.

According to the United Nations specialised agency for responsible and sustainable tourism (UNWTO), tourism is a recognised pillar of most the Sustainable Development Goals (SGDs), particularly Goals 1 (poverty-elimination), 5 (gender equality), 8 (decent work and economic growth) and 10 (to reduce inequalities).

In his message, Guterres went on to call for targeted action and investment, towards green and sustainable tourism, “with high emitting sectors, including air and sea transport and hospitality, moving towards carbon neutrality”.

Adding that everybody should have a say in how tourism shapes the future of our societies, the UN chief concluded that “only through inclusive decision-making can we ensure inclusive, sustainable growth, deliver on the promise of the SDGs, and transform tourism to fulfil its potential”.

The sector could then become “an engine for prosperity, a vehicle for integration, a means to protect our planet and biodiversity, and an agent of cultural understanding between peoples”, said Guterres.

Relationship between Pacific countries and development partners must be watertight: Vanuatu...