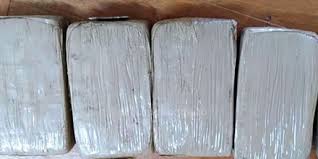 The king of Tonga has criticised the country’s parliament for what he says is a failure by the government to combat the country’s problems with drug addiction, in a move that has been welcomed by politicians and civil society groups.

King Tupou VI addressed Tongan parliament before the parliamentary session closed last week, urging politicians and nobles to commit time and money to dealing with the methamphetamine addiction crisis in the country.

“In his speech, he pointed out that the problem with drugs in Tonga is continuing and increasing at a very alarming rate and that there is a serious need for the parliament, in fact a responsibility of the parliament, and the nobles, to put their hands together and commit time and funds to the issue,” said Eleni Levin-Tevi, a spokesperson for Dare to Dream, a not-for-profit that works with vulnerable Tongans.

“The king has really pointed at them and said it’s their responsibility.”

The methamphetamine epidemic has reached all levels of society in Tonga, which has a population of 100,000. There are reports of drug use and dealing among church ministers, civil servants, politicians, traditional leaders and even police.

More than 60 percent of admissions to Tonga’s mental health wards are linked to illicit drugs.
Social services and Tonga’s prison system have become overwhelmed. Last year, Ned Cook, the country’s only trained drug counsellor was killed. A man was convicted of manslaughter for his death.

Tonga’s commissioner of prisons, Semisi Tapueluelu, said Tonga needed two more prisons and many more psychiatric beds to adequately respond to the surge in drug offences and psychologically disturbed prisoners, according to a report from RNZ.

Tonga is a constitutional monarchy and its royal family usually play a ceremonial role. It is rare for members of the royal family to make political comments and address parliament so directly, showing the strength of the king’s feeling on the topic.

Levin-Tevi said the king’s interventions have been welcomed by most Tongans, including her organisation.

Member of parliament, Lord Fusitu’a, who is Tonga’s Niuas nobles’ representative, said the king is widely supported, including by parliamentarians.

“His speech is a guiding light. He’s the only apolitical body in the constitution so his assessment of a government of the day is always taken into account,” he said.

It is not the first time King Tupou VI has chastised parliament for its handling of the nation’s drug crisis. In May, in a televised speech that shocked the nation, the king questioned the honesty of the members of parliament and their ability to run the government, in relation to their handling of the drugs crisis.

“All of Tonga was saying good luck to the parliamentarians now that the king is speaking up,” said Levin-Tevi. “It’s a speech everyone will remember for a long time. It really woke parliament up.”

“The drug issue is harming our people on a daily basis. We’d been knocking on parliament doors, but they never got back to us. After the king’s first speech, there was much more attention. They increased the budget for the police and drugs unit and started to listen to small groups that are involved in this field,” she said.

“In the recent speech, he said it’s not enough and warned not to decrease the attention just because they had increased the funds and that the momentum needed to be upheld.”

Lord Fusitu’a said the government increased the budget for the police department from TOP5m (US$2.23m) to TOP50m (US$22 million) specifically in response to his majesty’s concerns.

The Tongan parliament even recently considered making serious drug offences punishable by death, but a majority of MPs voted against the bill, voting in favour of life in prison instead.

Lord Fusitu’a said the bill, which would’ve made it a mandatory death penalty for anyone found trafficking 5kg of a class A drug, was not the answer.

“Obviously there’s a problem that needs to be addressed but class A is a very broad class, it includes things like codeine and Valium, so if that were law, and you had five kilos of painkillers because you’ve got a bad back, you’d get executed, so obviously that’s not a solution,” he said.

King Tupou VI will open a two-day National Symposium on Illicit Drugs, a first for Tonga, on 06 October, with theme of working together for a drug-free Tonga.

Tonga’s Princess Frederica feared for her life during tsunami

Pacific’s ability to manage own fish stocks at risk under current...