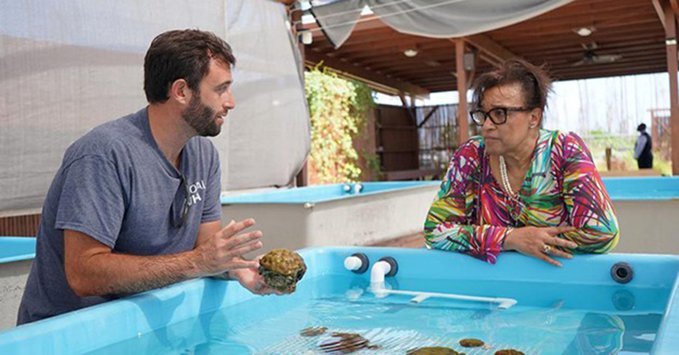 The Commonwealth Secretary-General Patricia Scotland called for urgent action to ensure improved climate resilience of small states and promised to amplify the concerns of small and other vulnerable states around climate change at the upcoming United Nations Climate Change Conference COP26 in Glasgow this November.

During visit to The Bahamas last week, the Secretary-General said: “Without a doubt, we are living through a global climate crisis which is unfolding with disturbing speed and intensity across the Commonwealth, and the world. The unequivocal evidence contained in the most recent report by the Intergovernmental Panel on Climate Change (IPCC) has only reinforced what small island nations on the frontlines of climate change have been experiencing and advocating for a long time.

“Urgent, decisive and sustained climate action is needed, and the international community must not miss the window to make a real difference at the upcoming COP26 summit. This includes mobilising the financial support needed for vulnerable nations to cope with the impacts of climate change and build long-lasting resilience.

“The Commonwealth Secretariat has dedicated a number of programmes to support member countries to access finance, such as the Commonwealth Climate Finance Access Hub, the Disaster Risk Finance Portal and the Commonwealth Blue Charter Ocean Funders Database, but more must be done multilaterally to target the needs of small states, which face an existential threat from climate change.”

The Secretary-General last visited The Bahamas in 2019, in a show of solidarity with the country and region after it was devastated by Category 5 Hurricane Dorian.

On a tour of the Coral Vita coral restoration facility in Freeport, Grand Bahama, she added: “While they have contributed the least to the climate crisis, small states are most affected by it. But they are also leading the charge in advocating for transformative climate action on a global scale, in addition to developing local solutions, including new innovations as well as those drawn from indigenous knowledge.”

The Secretary-General will lead a delegation to the UN Climate Change Conference COP26 to advocate the interests of Commonwealth countries, exchange knowledge and best practices around climate action, strengthen partnerships and mobilise resources to support Commonwealth programmes.

Thirty-two Commonwealth countries – more than half of the membership – are classified as ‘small states’, including 25 small island developing nations.