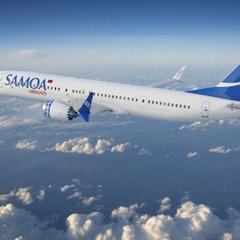 Holidaymakers wanting to travel to Samoa once borders re-open will likely have to wait until 2022.

CEO of Samoa’s tourism authority Fa’amatuainu Lenata’i Suifua said that vaccinations and a tracer app would be key to letting tourists in.

“You’ll need to download the app before you come to Samoa,” he told Pacific Beat.

He said the app was based off the “privacy preserving BlueTrace protocol” developed in Singapore which uses Bluetooth to trace contacts between the users.

So far 36 percent of Samoa’s eligible population has been fully vaccinated against COVID-19 and almost 80 percent have received their first dose.

Samoa has not had an outbreak of COVID-19 throughout the entire pandemic and Fa’amatuainu said he would like to see it stay that way.

“It would be a challenge for us if we have Delta… we are trying as much as possible to hold the fort,” he said.