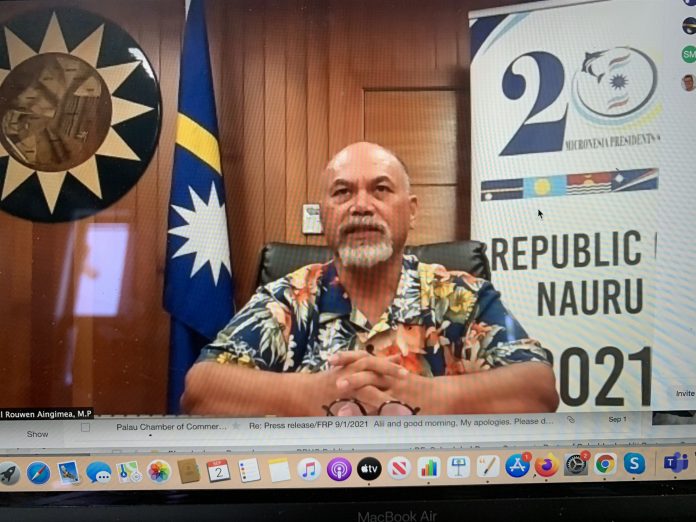 Nauru President Lionel Aingimea has praised the University of the South Pacific (USP) for becoming ranked among the world’s top 10 percent of universities by The Times Higher Education rankings (THE).

This is the first time that the university has achieved this recognition in its 53-year history.

President Aingimea, who is outgoing chancellor and a law graduate and former teacher at the regional university, said it was a “remarkable achievement” and a “resounding endorsement of regionalism” in the Pacific.

The ranking comes at a critical time for vice-chancellor and president Professor Pal Ahluwalia who has faced bitter opposition by the Fiji government for more than two years in what commentators regard as a “political vendetta”.

Professor Ahluwalia was deported by Fiji in February but had his contract renewed by the USP Council with him being based at a USP campus in Apia, Samoa, instead of Suva.

The THE ranking is seen as a vindication of his efforts to strengthen the university.

President Aingimea said in a statement today Nauru had “been a proud founding member” of the university.

“At the time of USP’s establishment in 1968, Nauru stood tall recognising the importance and value of a regional university,” he said.

“Since that time, many Nauruans have, and continue to attend USP. Today, that long-standing commitment as one of the owners of USP has been rewarded in an unprecedented manner.

“USP has for the first time in its 53-year history been ranked by one the most prestigious ranking organisations of the world, The Times Higher Education Rankings (THE).

“USP has entered global rankings to now be part of an elite group that sees it ranked among the top 10 percent of universities in the world. This is truly a remarkable achievement when we take into account our developing regional context.

“Today is a day when the 12 member countries that own the USP can rejoice and see the resources and efforts that they have invested in this great Pacific institution being justly rewarded.

“This ranking is a resounding endorsement of regionalism.

“I have a deep personal association with USP, as a student witnessing first-hand the power of forging life-long relationships with colleagues from across the Pacific.

“I have been a member of staff at USP, as a lecturer in law, and have been part of the team dedicated to delivering a quality education to our students.

“Finally, as president it was a privilege to serve as chancellor of USP. My term as chancellor was marked by the work we had to do to provide USP with the good governance it well and truly deserves.
“As an alumnus of USP, I stand tall with all the staff, students and alumni who have contributed to the success of USP through this ranking.

“It gives me enormous pleasure to congratulate Professor Pal Ahluwalia who has championed USP’s entry into the THE rankings along with his senior management team.

“This ranking speaks volumes about the high calibre of research and academic output that USP has produced. I express my deep gratitude to everyone for their commitment to achieve this recognition.

“Over the last two years, our staff and students have sacrificed a lot, and to each and every one of you, on this wonderful occasion, I once again offer my heartiest congratulations.”

In a USP profile, Professor Ahluwalia said the university had achieved recognition in two particular categories with the THE rankings — “international outlook” (top 400) and “industry income” (top 500)