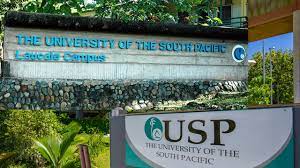 The New Zealand Government says it remains concerned by the ongoing management and governance challenges at the University of the South Pacific(USP).

Last week the Fijian Government announced it wouldn’t pay its multi-million grant to the university while the current vice chancellor Pal Ahluwalia remained at his post.

It has called for another investigation after an earlier one revealed significant abuses by the former Vice Chancellor, Rajesh Chandra, who is believed to have close links with the Fiji Government.

The Fiji Government earlier this year deported Professor Ahluwalia and his wife after accusing them of immigration breaches.

But the USP governing Council headed by Nauru President, Lionel Aingamea, renewed his contract and the professor is to work out of the Samoa campus.

New Zealand said it respects the collective decision of the Council and said it will continue to work with all stakeholders to find a solution that is in the best interests of students.

New Zealand and Australia give significant financial backing to the university which is owned by 12 Pacific Island states.

Long time USP academic, Professor Vijay Naidu, said while Fiji pays the most in grant money, it is also the main beneficiary of the institution.

He said without the Fiji funding the university will struggle, “the university will survive until the end of this year, but looking beyond that they will obviously be looking to find other sources of funding. And given the fact that the GDPs of Pacific Island countries and the per capita income of the region is relatively low his would be a difficult challenge.”

Meanwhile, the University of the South Pacific Students’ Association (USPSA) states it is “appalled” to hear that Fiji will continue to withhold its grant contributions to USP.

In a statement, the association stated the decision would put current and prospective students and their “collective regional futures of the blue Pacific at serious risk”.

The USPSA was responding to Attorney-General Aiyaz Sayed-Khaiyum’s statement in Parliament last Thursday where he said the reappointment of Professor Pal Ahluwalia as vice-chancellor “was a backward and divisive step that goes against the interest of students, regional goodwill and it signals a concerning complacency with the record of mismanagement, nepotism, cronyism, poor financial accountability”.

Sayed-Khaiyum had said the Fijian Government would not make its annual grant to USP as long as Prof Ahluwalia was the VC.

“We would like to ask Sayed-Khaiyum where his concerns were on these matters when the BDO report highlighted a series of mismanagement (before Prof Ahluwalia’s appointment)?” the statement read.

“Was he not concerned about the interests of students and regional goodwill at that time?

“It seems like Sayed-Khaiyum is hell-bent to destroy all our futures and our only regional treasure, USP.

“The manner in which Sayed-Khaiyum delivered his statement shows our education, our future and the regional family does not matter to him at all while he holds USP at ransom unless the university council bows down and gives in to his every whim and demand,” the USPSA statement said.