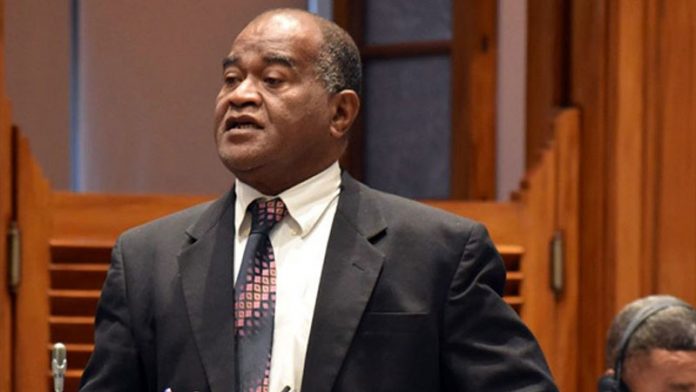 Fiji’s Chief Justice Kamal Kumar Tuesday ruled that the Supervisor of Elections Mohammed Saneem’s decision to vacate Niko Nawaikula as a Member of Parliament is null and void.

Justice Kumar said the Supervisor of Election’s action in removing Nawaikula’s name from the Register of Voters is unlawful and wrong.

He said with this decision, Nawaikula is to be reinstated as a Member of Parliament with immediate effect and re-registered in National Register of Voters.

Justice Kumar said Nawaikula’s name on the birth certificate is Nikolau Tuiqamea but he has been using the surname Nawaikula since he was a child.

He said he was not legally required to provide his name on his birth certificate to be registered as a voter and had provided his driver’s license while registering which was accepted.

Justice Kumar said it is the duty of the Supervisor of Elections to implement the law and not to enact it.

The ruling of the Court of Disputed Returns cannot be appealed.

Justice Kumar said that the Speaker of Parliament is to be advised immediately of their decision on the matter.

A member of Nawaikula’s legal team Graham Leung said they were relieved and pleased with the Court’s decision.

Leung noted that the court spent a large part of its judgment discussing the Law of Names and basically the court concluded, referring to cases from other jurisdictions, that if you are known by a certain name over a long period of time by usage and reputation, that can also be your name. Not necessarily the name on your birth certificate.

Meanwhile, re-instated SODELPA MP Niko Nawaikula says the court ruling in his case is a ‘win for democracy’.

Nawaikula in a statement on social media said the ruling is also a win for the rule of law and judicial system.

“It’s a message to the ordinary person that the rule of law and its machinery is the foundation for any civil society.”

“Thank you again for all your prayers, rosaries, novenas, and support for making this happen,” he said.

He said with the financial assistance from families, friends and supporters he managed to assemble a formidable legal team.

SODELPA Leader Viliame Gavoka has welcomed the ruling by the Court of Disputed Returns and believes that justice has been served for their colleague.

He said this matter has also brought to light the unilateral decisions taken by the Supervisor of Elections (SOE) on which SODELPA has strongly voiced concern.
“The SOE is also the Registrar of Political Parties (ROPP) and bestowing so much power in one person is recipe for disaster and comes under constant scrutiny by SODELPA.”

“It can lead to abuse, affecting the rights of voters and indeed, elected representatives.”

“We understand that this is not the first time that decisions made by the SOE have been nullified by the Courts. Going forward, it is hoped that the Elections Supervisor treads with caution with the use of his powers in the discharge of his duties,” Gavoka added.