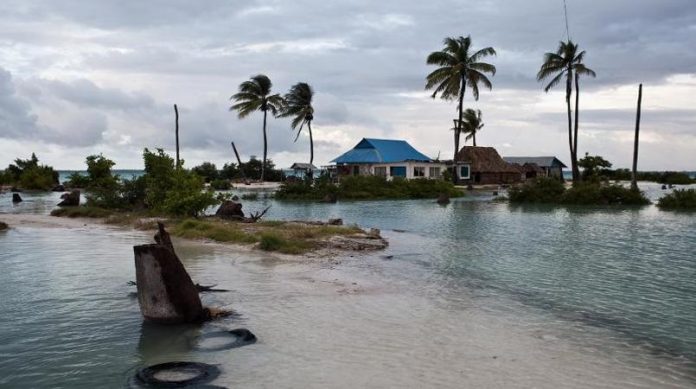 Anything above 2 degrees is viewed as a death-knell in the Pacific.

A New Zealand climate scientist Professor James Renwick of Victoria University is one of the IPCC report’s lead authors and said it provides more certainty about our dire climate trajectory.

“1.5 degrees is likely to be reached and possibly exceeded within the next 20 years, between 2030 and 2040 let’s say, so the length of time we’ve got left to really take action to stop from the warming at something like 1.5 degrees or certainly below 2 degrees, is shorter than we were thinking,” he said.

Dr Renwick said immediate and drastic action needs to be taken to ensure a pathway to zero emissions by 2050 and to be half way there by 2030.

He said only then will we get close to the 1.5 degree target.

A senior adviser at the regional science agency, the Pacific Community’s Coral Pasisi, said it’s looking grim and the next 10 years are critical.

“All of the assessments done to date suggest that anything above 1.5 degree warming is going to be dire. And up until recently, even with the best commitments made by countries, within the next 10 years we’re likely to exceed the 2.5 degrees in warming.”

Pasisi said Pacific Community assessments on coastal fisheries and coral reef systems show warming above 1.5 degrees cuts by 80 percent the ability of those systems to maintain good health. She said a total collapse would be likely.

“We know that above 2 degrees, we are going to see 99 percent, up to 99 percent coral reef death rates which affect the whole ecosystem on which Pacific populations depend for their food security.”

Greenpeace Pacific’s Joseph Moeono-Kolio said the latest report indicates temperature rise is on a trajectory that could reach 3.9 degrees. He said despite ongoing warnings, emissions are getting worse and so are the prospects for the planet.

“If things don’t translate into actual implementable policies that are in line with the one-point-five target of the Paris Agreement, we’re actually headed towards warming of about 3.9 to 4 degrees which suffice to say would be absolutely catastrophic for the Pacific and the world at large,” Joseph Moeono-Kolio said.

He said the flooding in China and Europe, record temperatures across the northern hemisphere and wildfires raging out of control – is with a temperature rise at 1-point-1 degrees above pre-industrial times.

“We need oil, gas and coal completely out of the electricity system by 2030 and then going net-zero by 2035 which places us at the best possible chance of reaching, of not superseding the 1.5 threshold.”

She said the droughts, worsening storms and rising seas should be a clarion call to the wealthiest 20 nations that produce 80 percent of greenhouse gas emissions.

“And of course targets alone aren’t enough. We need to see changes in the real economy, and governments making decisions that encourage markets to shift with the times. Two very obvious things that come to mind: phasing out fossil fuel subsidies and ending coal – steps that could drastically reduce emissions and enable a transition to a green economy.”

If the rhetoric is not met with political action, the world will remain on track for a temperature and sea-level rise that has not even been modelled.

“There’s no time left for empty promises and world leaders need to work harder to cut emissions,” according to a Pacific climate change activists.

Brianna Fruean from the group Pacific Climate Warriors told Morning Report the findings were alarming but not unexpected and there’s no time left for inaction.

“We are past the time of our leaders saying “oh yep, this is existing, we aim to do this in in the far future, I think we don’t have time for that and we don’t have any space for those types of empty statements anymore.”