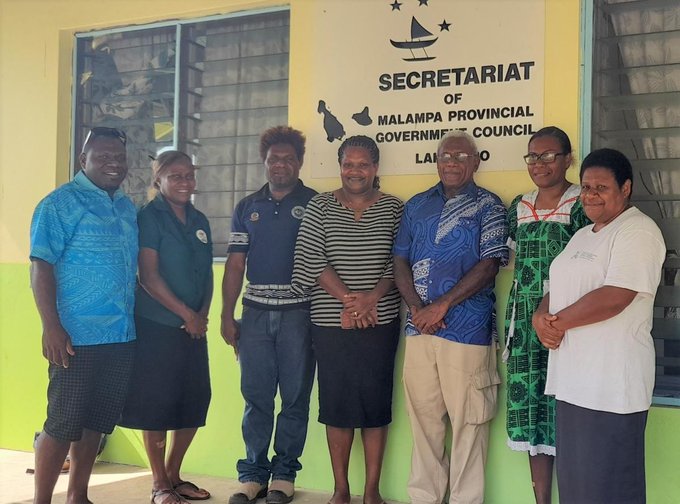 The Government of Vanuatu and non-government stakeholders recently undertook a scoping study on establishing a National Human Rights Institution (NHRI) in the country.

An NHRI is an independent institution dedicated to promoting and protecting human rights in a country. It is established by the State, but it is independent of Government similar to the judiciary system.

NHRIs have a mandate to promote and protect human rights. It advises the Parliament, the Government, and other relevant stakeholders on how best to protect and fulfil human rights for the people of its nation.

“It monitors how the government implements human rights standards,” said Magellen Konally, Chief inspector of Police on Tanna Island. “It plays a significant educative role in translating human rights standards on the ground in ways community can understand, contextualising rights in terms of a country’s culture and traditions.”

“It is accessible to everyone, can deal with complaints, investigate human rights violations and make recommendations,” he added.

The discussion for the establishment of NHRI Vanuatu follows recommendations from the country’s third Universal Periodic Review (UPR). The UPR is a unique process which involves a review of the human rights records of all UN Member States. The UPR is a State-driven process, under the auspices of the Human Rights Council, which provides the opportunity for each State to declare what actions they have taken to improve the human rights situations in their countries and to fulfil their human rights obligations.

The stakeholders of the scoping study agreed that one of the primary objectives of the NHRI is to encourage harmonious relations between individuals and among the diverse groups of Vanuatu.

Upon completion of the scoping mission, the scoping team will draft a report with the key consultation outcomes. The draft report will be incorporated into the draft 2019 NHRI scoping report and shared back to the Ministry of Justice to take forward.

“We still need to complete the consultations in the last two provinces (Penama Province and Torba Province) and this depends on the availability of funding also. We will use other strategies such as radio talkback shows and information and communication materials to keep the momentum going in Vanuatu and try to reach out to the wider public,” Pune-Narai added.

The scoping team comprised of representatives from the Pacific Community’s Human Rights and Social Development (HRSD) division, the Ministry of Justice and Community Services, and the Vanuatu Office of the Ombudsman.

SPC’s HRSD division have carried similar NHRI scoping studies in Vanuatu in 2019 in partnership with the Melanesian Spearhead Group (MSG) and the Asia Pacific Forum (APF) on the request of Vanuatu’s Ministry of Justice and Community Services.

Miles Young, Director of HRSD, said: “Congratulations to the Government of Vanuatu for taking this important step of carrying out a scoping and feasibility study in all its provinces.

“It’s important that the general community is consulted, and its views considered on any initiative as important as the establishment of a national human rights institution. The Government has taken great strides recently in advancing human rights, including the establishment of a human rights committee,” he added. “The setting up of an independent national human rights institution is the next logical step and SPC remains ready and willing to continue supporting the government in this regard.”.