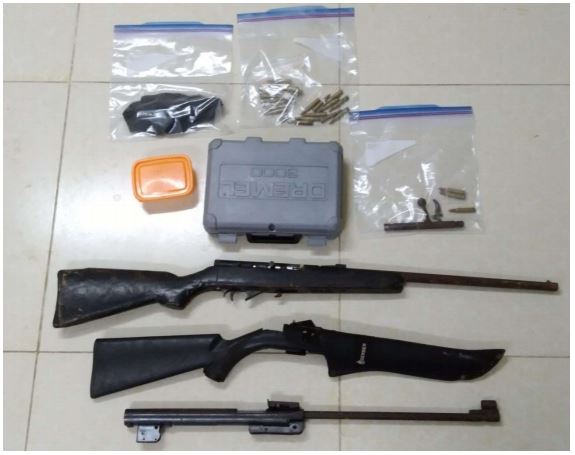 The Taskforce raided three residences last night, two in Vava’u and the third in Tongatapu.

A 28-year-old male was arrested together with his 30-year-old wife and a 61-year-old male from a home in Ha’alaufuli along with five packages of cocaine. They have been charged with possession and with engaging with others in the supply of illicit drugs.

The second home raided, located at ‘Utulangivaka, Police arrested a 27-year-old male and seized approximately 1 gram of cocaine and unlicensed .22 rifle and ammunition. Related criminal charges have been laid against him.

Taskforce officers also arrested a 38-year-old male from a home at Nukunuku for having engaged with others in the supply of illicit drugs. He is from ‘Utulangivaka and has recently arrived in Tongatapu from Vava’u.

“We suspect that some of the washed-up drugs are still in the community. I urge yet again any member of the public who has in their possession any of the washed-up cocaine to do the right thing and surrender the drugs to the Police,” said Detective Acting Deputy Commissioner of Police Halatoa Taufa.

“Appropriate police resources have been deployed to hunt down anyone who dares to hide or distribute any of the washed-up cocaine. We will continue to make arrests if you choose not to cooperate.” said Taufa.

“We can work together as one people to protect our children, families, and communities from the harmful effects of drugs. Contact Police if you know any information that would help,” said Taufa.