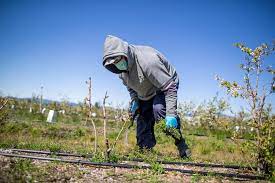 Pacific Island Council president Ema Vueti believes seasonal workers ‘get into trouble as they are not aware of the laws in relation to work in Australia and New Zealand.

She said there were some pre-departure briefings between the seasonal workers, government and employees that need to be relooked at.

“A lot of our workers coming to work in Australia and New Zealand are not aware of the laws in relation to working in these countries,” she said.

“They very seldom get told by those who are recruiting them. We have raised numerous times that the pre-departure briefings needed to be relooked at.

“If there was proper briefing carried out before seasonal workers leave to work in these two countries, we will have a standard of labours being sent.

“One of the things that I’ve seen both countries, both receiving countries are doing is, they’re reviewing their own processes and their own agreements,” she said.

She said one of the things that have really shone the light was the lack of consultation with the communities and the civil society when these programs were drawn up.

“Now that the programmes have been rolled on for a few years, we are actually doing damage control in some of our countries,” she said.

“Some of the receiving countries who rectify all this, what we need to do very well is to go back to the people and consult, right from the start with the communities.

“In the current situation, for the Australian workers, what, what currently is happening is they have a pre-departure briefing for most of the, for all the workers that are coming in,” she said.

She said they were dealing with vulnerable workers who were just so excited to come to developed countries but were information at a very short span of time.

“A lot of information is given to them in a very high-level manner. A lot of the information is just extracted straight from what’s been written and given to our workers,” she said.

“What we have found is the importance of making it very relevant to our workers. It’s very important for sending countries to look at the information given to our workers.

“It’s very important that it not only covers the legislation but also issues what the life is like, contacts they may have and organisations that they can tap into for help,” she said.