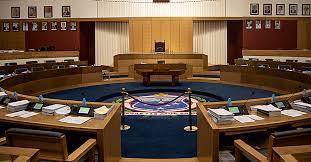 But the New Zealand-based Samoan political scientist and academic says the Court should have included a date in its judgement handed down on Monday.

In an interview with the Pacific Media Network, Dr Laalaai-Tausa said the Court’s ruling is a relief for Samoans locally and across the globe.

“It comes as a huge relief for Samoans both locally and internationally, and hopefully is a stepping stone for things to go forward politically and legally,” she said on Monday.

“The court order should have been specific about a date to commence the political process because political stability is needed now.

“We have the financial year around the corner, we have a few Members of Parliament and Ministers who were voted out in the last elections and are still getting paid.

“We have new Members that were voted in and are not getting paid and we have the public service who are unsure who to listen to.

“They (the court) should have been specific with a date and not just say within seven days, that has happened before and nothing came out of it.”

Seven days from the day the Court’s ruling was delivered is next Monday.

Nevertheless, the results of the April general election now means Samoa will have the strongest opposition in 60 years as an independent nation, according to Dr Laalaai-Tausa.

She said the onus is now the Legislative Assembly beginning the preparations for the House to convene in line with the Court’s orders.

“The Legislative Assembly has to be prepared for that and follow the right process and when Parliament does meet, they’ll be able to check on which parties are there and the numbers within each party.

“The party that comes up with the most numbers will be in control of the government and the party with the least number of members will be the opposition party.

“Regardless of which party that will be, we know Samoa will have a strong and effective opposition it has seen in the last 60 years.”

The Court also ruled that the swearing-in of the Fa’atuatua i le Atua Samoa ua Tasi (FAST) party Members-elect held under a tent outside the Parliament on 24 May was unlawful.

However, the issue could be revisited, depending on whether the order for Parliament to convene within seven days is followed.

The Court also warned if there are any attempts to obstruct the Legislative Assembly from sitting it will be deemed contempt of court.

Dr Laalaai-Tausa described the strong line taken by the Court as a sign of the judiciary saying “enough is enough”.

“The Supreme Court has come out firing saying enough is enough, this needs to start happening right now and failure to do so, there will be consequences for that,” she said.

“So hopefully everyone who is required to be at the swearing in will be there, so we will see if the Human Rights Protection Party (HRPP), the Legislative Assembly, the Attorney General and Head of State will adhere to that.”

The political scientist also emphasised the need for election petitions currently before the Court to proceed, which could change the numbers in Parliament in the coming days.