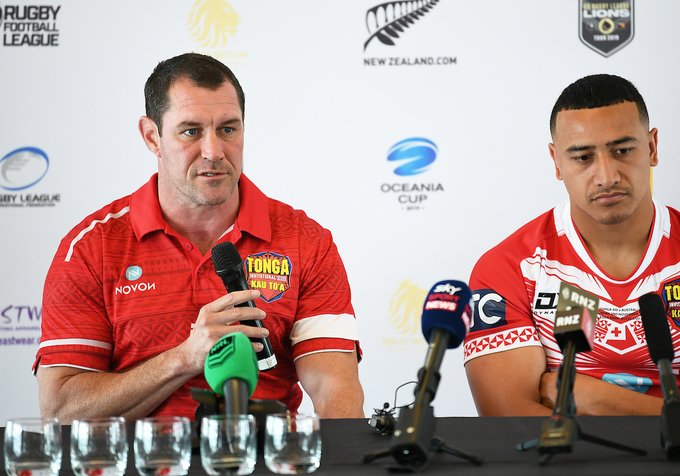 STAR)—Saints and Tonga coach Kristian Woolf has called for an end to the uncertainty over the 2021 World Cup and says his Tongan players are unwavering in their commitment.

Four months out from the opening game between England and Samoa at Newcastle’s St James’ Park, the 16 competing nations still do not know if the event will be held as planned or be moved forward 12 months to 2022.

Organisers have held back on making a final call as the situation changes constantly but a World Cup board meeting is due to take place on Monday evening and it is thought a decision will come by the end of the week.

Australia and New Zealand have yet to sign participation agreements and NRL clubs are nervous about releasing their players, who would have to quarantine for two weeks on their return down under.

With more than 400 players and officials due to arrive from the southern hemisphere, officials have been holding talks with the Australian Rugby League Players Association and have offered to lay on charter flights to reduce the risks associated with long-distance travel.

Woolf, whose Tonga team pushed England all the way in the 2017 World Cup semi-final and defeated both Australia and Great Britain in 2019, said: “It’s really hard to get any concrete information.

“We need someone to come out and actually make a decision and we can either prepare for it, which is what we’re all trying to do at the moment, or move on.

“My personal preference, from a Tongan point of view, is that it goes ahead.

“I know there’s been conversations around what sort of commitment players and staff are going to have to make in terms of bubble-type lifestyle and quarantines.

“The majority of Tongan players will be coming from the NRL and I have no hesitation in saying they would have no dramas with that whatsoever.

“I also know how much our players love being in camp together and, if they had to make some sacrifices, it wouldn’t worry them. They love being together.

“It’s more than just about Tonga, it’s about a number of nations and there’s a lot of things to be considered.”

After witnessing a rise in cases in Sydney, the NRL has announced a return to level four protocols, which governed the resumption of the competition after the initial suspension last year, but Wigan coach Adrian Lam, who is the assistant to Australia boss Mal Meninga, is hoping that does not impact on the World Cup.

“It’s obviously our premier part of rugby league throughout the whole world,” Lam said. “We’ve been looking forward to it for a long time and countries have been preparing for this.

“I know cases on the east coach of Australia are starting to rise as well (as in the UK). It’s a concern for everyone involved.

“As assistant coach of the Kangaroos, I want to be part of the World Cup this year. If it goes ahead, it is another reward for our supporters in the UK so fingers crossed a decision is made in favour.”

Organisers have spent five years planning for the 2021 World Cup and are desperately hoping to avoid a postponement, which would mean a logistical nightmare as well as a likely clash with the FIFA World Cup to be held in Qatar.