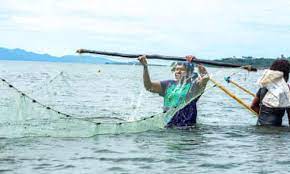 Over the last month, the Guardian has run a major investigative series examining the extractives industries – mining, logging, fishing and the nascent industry of deep-sea mining – in the Pacific. Among the stories of environmental devastation and social harm are also stories of Pacific communities taking control of their resources and succeeding in resisting unwanted extractive projects.

As the series comes to a close, four Pacific leaders and thinkers, from across the region, offer solutions to the problem of Pacific plunder.

‘Pacific solutions need to be led by Pacific peoples’ 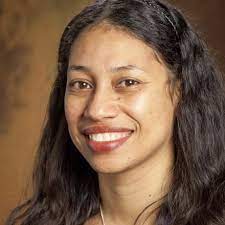 Former and current imperial powers, including the United States, Australia, the United Kingdom, New Zealand, France, Canada, Japan, China and Indonesia have had and continue to have significant impacts on the cultures and environments of Oceania.

It is critical that these nations attend to the ongoing need for environmental and historical justice including for mining, nuclear testing, deforestation, the Pacific slave trade, land alienation, World War II, climate change, and the displacement of Pacific populations within and across state borders. Such support spans the range from funding for education, health, and social and cultural wellbeing, to the removal of unexploded ordnances and environmental repair.

The island of Banaba, for example, mined out for phosphate by Australia, New Zealand and the UK, is a denuded and heavily polluted landscape filled with mining and industrial debris that regularly faces serious fresh water shortages. The entire landscape needs rehabilitation. At six square kilometres, such repair is achievable with Banaban knowledge, innovative thinking, and commitments from the responsible governments, and Kiribati where Banaba is located.

Current aid and development agendas and programmes often exacerbate rather than balance out the impacts of these changes. The Pacific Seasonal Workers Programme, for example, if uninformed by histories of the slave trade and the current experiences of Australian South Sea Islanders, risks reproducing unequal social, political and economic relations between Australia and the Pacific Islands where the benefits accrue primarily to Australian agriculture and stakeholders.

In order to appreciate the lessons of history we need better support for Pacific Studies education across the region and within countries such as Australia, that foregrounds Pacific agency, creativity, histories, knowledges and diverse identities.

Leadership from Pacific women, Pacific youth, and those of diverse genders, also needs to be recognised and prioritised in regionalism, policy making, and caring for land and sea. Sovereignty and self-determination are key and Pacific solutions need to be led by Pacific peoples themselves. You’d think we’d be closer to achieving such sovereignty in our own affairs. Unfortunately, colonial and imperial thinking, and geopolitical wrangling, persists. Some of our own leaders, aid donors, policy makers, foreign affairs journalists and academics continue to treat the Pacific as “underdeveloped” and incapable of determining our own lives and futures. That attitude needs to change. 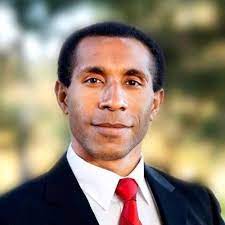 Dr Bal Kama is a solicitor with the international division of the Environmental Defenders Office Australia, an expert in Pacific Islands constitutions and a Fellow at the Department of Pacific Affairs at the Australian National University

To combat the exploitation of natural resources and its often disastrous consequences for the environment and local communities, Pacific Island countries need wholesale legal changes, greater investment in enforcement and a recognition of Indigenous knowledge of managing resources.

Many Pacific countries continue to rely on colonially influenced resource laws intended to favour foreign companies, such as the terms of the mining laws of Papua New Guinea (PNG) which has raised significant concerns in recent years and continues to be echoed under the current government. There is the need for laws that reflect the expectations of the people as well as international best practices.

Once equitable laws are in place, there is a need for effective enforcement of laws and meaningful prosecution. Remote geography, vast sea territories, and lack of appropriate technology and logistics present challenges to enforcement agencies. It requires good investment in policing and justice institutions, deepening of regional collaborations and for offenders to be competently prosecuted under laws that are updated and substantively punitive. In PNG, the continued use of the Special Agriculture Businesses Leases (SABLs) where customary lands were leased to resource companies despite clear government ban on the use of SABLs demonstrates a breakdown in effective enforcement.

Pacific Island countries have one of the highest rates of indigenous peoples of anywhere in the world. There is a need for greater recognition of traditional owners and their ways of sustainably managing their natural resources. Indigenous knowledge and concerns about natural resource management are often neglected. The rigidity of the legal system also means people do not have ready access to avenues of seeking meaningful justice for the plunder of their resources.

‘Education will help us see other options’ 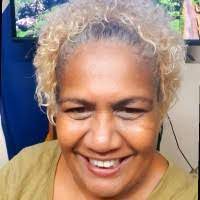 Dorothy Wickham is a journalist from Solomon Islands

Solomon Islands has been struggling with the issue of logging for decades and we are losing all our native forests.

As a local journalist, I have covered the logging industry and I have seen the economic and social fallout, and the damage to the environment of my country.

Whilst there has been so much awareness-raising work done on the effects on logging, Solomon Islanders still choose to log. There are so many reasons for landowners’ choices but the most obvious one is financial.

Solutions are difficult and will have to come from the government. We need to ban logging and drive landowners towards planting forests or go into down streaming and produce timber.

However, government will not be making this decision soon as logging has been a major contributor to our national and rural economies for several decades. Logs alone contribute between 50%-70% to Solomon Islands annual export revenue.

The economic reality for an ordinary Solomon Islander is tough, so talking conservation to him or her is an uphill battle.

However, education is also a solution to ensuring landowners understand the long term effects of logging and to choose to think of tomorrow instead of today.

Education will bring awareness of other options to young Solomon Islanders, other than working in logging. Currently, education is not free in Solomon Islands and we have more than 3,000 kids drop out of school before finishing each year, which doesn’t count the large number of children not in school at all because their parents can’t afford it.

If I was the Prime Minister, I would ensure that all Solomon Islanders were given free education and support academic and skill based training for all citizens, then maybe we could look past using our natural resources as the only way to generate income.

‘Leaders and bureaucrats have forgotten how to do meaningful community participation’ 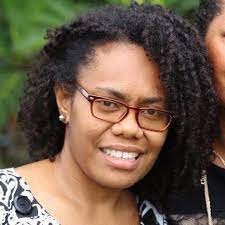 Vani Catanasiga is the executive director at Fiji Council of Social Service, an NGO platform that was established in 1957 in Fiji.

Meaningful community participation and obtaining communities’ free, prior and informed consent can be testing, particularly in indigenous communities, but I believe it is the key to finding better solutions for the challenges we face in terms of climate change, natural disasters and sustainable resource management.

The challenge is re-teaching this “new” science, because in my experience in both Fiji and the wider region, both leaders and bureaucrats have forgotten how to do this effectively.

Any suggestion of community consultations is seen and approached with wariness, reluctance and sometimes hostility – even though some of our resource management laws have already got these community participation clauses.

The iTaukei Land Trust Act for example already compels developers to demonstrate consent from 60% of clan/landowning unit members before any work is done.

The limitation however is in how this consent is obtained as clan members can be approached individually to sign on, which goes against the communal and collective nature of decision-making within indigenous/iTaukei communities. A better way of obtaining the required 60% per cent would be to make sure it is gained during special clan meetings.

Another area for improvement is the Environment Management Act which requires that Environment Impact Assessments (EIA) for development projects be carried out and must include community consultations.

But the Fijian government must improve this process by extending the number of days given to the public and communities to make a submission as well as ensuring that the notice calling for public consultations goes out widely via various media platforms.

There have been widespread criticisms of the EIA’s public consultation process because companies have often only provided information about proposed developments in English and not in the vernacular.

The role of government agencies, particularly that of provincial development or provincial council officials, have also been criticised for the way they facilitate connections between developers and communities. We have had cases where government officials were seen driven to the consultations on vehicles belonging to the mining companies who were proposing the work. The impression that creates with villagers is that the government was for the company and the proposed mining development, leading to villagers being confused and not feeling free to consent to or reject the proposed mining project.