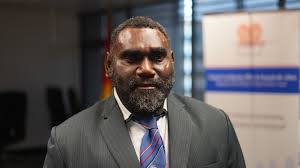 Bougainville President Ishmael Toroama has set 01 September, 2025, as the tentative date for the declaration of independence for the Autonomous Region of Bougainville.

He told the House of Representatives that the Bougainville position had been tabled at the Kokopo consultation which detailed a five-year timeline from this year to 2025.

“Each year comprises a number of key milestones to be achieved with independence fully declared during 2025 and with Sept 1 as the date for the declaration,” he said.

“The Kokopo resolutions now provide the strategy for both parties to consult over the Bougainville position through the coming consultations.

“This will need careful analysis and planning going forward.” Toroama said another achievement was the signing of a joint communiqué, which basically recognised the historical journey undertaken by the two governments under the Bougainville Peace Agreement and committed the two governments to jointly consult on the referendum results for independence.

“The Sharp Agreement, which was signed on 13 May, does away with the constitutional requirements under section 295 (a) and (b) regarding the transfer of powers and functions under the autonomous arrangements,” he said.

“This paves the way for the consultations to focus on the political agenda while the administration deals with the implementation of the remaining powers and functions.”

Meanwhile, the Autonomous Region of Bougainville celebrated the 16 years of autonomy as the region commemorated Foundation Day throughout Bougainville today.

Bougainville’s leaders led by President Ishmael Toroama and members of the ABG and the National Government joined the people at Hutjena Oval in Buka Town to commemorate the day.

President Toroama said that the establishment of the Autonomous Bougainville Government under the Bougainville Peace Agreement is a success story in peace building in PNG and the world over.

He said the ABG has delivered and implemented most of the commitments of the Bougainville Peace Agreement.

President Toroama added that the formation of the Autonomous Bougainville Government was the implementing vehicle that allowed the people’s desire for peace and hope for a better future to materialise.

“This was a journey that was designed to restore peace and rebuild our institutions and economy from the Bougainville Crisis and guaranteed and provided hope for us to decide our future political status,” President Toroama said.

“Looking back, as we celebrate this 16th Foundations Day it has dawned on me that we have come a long way. There is no turning back as our path has been made clear by the implementation of the Referendum vote that presents our way forward,” President Toroama said.

He vowed to uphold their dreams and aspirations for an independent Bougainville that will give fruition the overwhelming 97.7% vote for independence by the people of Bougainville.

Looking ahead President Toroama said that as Bougainville progresses the ABG despite achieving some of the intentions of the BPA it would not be the same vehicle for Bougainville in the near political future.

“The 97.7% referendum vote for independence for Bougainville has provided my government a clear goal for the future and we will achieve that through my government’s Six Point Strategy,” President Toroama said.

The ABG already has the Sharp Agreement in place that sets the future of Bougainville’s devolution of powers from the National Government.

The ABG remains steadfast in its decision to pursue independence for Bougainville in accordance with the referendum outcome of 2019.