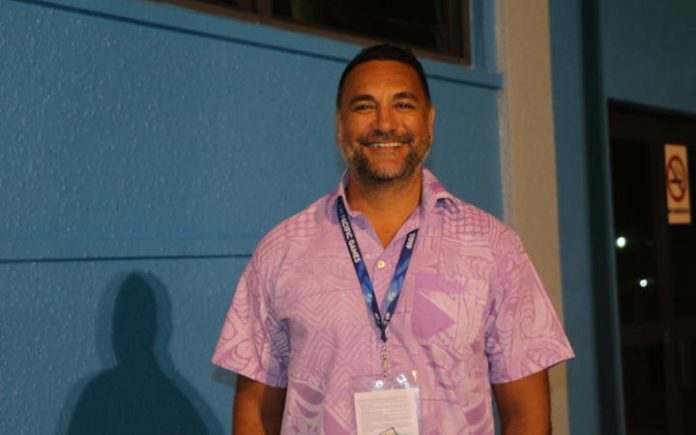 Cook Islander Romani Katoa was elected to the bureau of the International Swimming Federation executive board, also known as FINA, over the weekend.

His election is a first for a Pacific Islander.

Also holding the role of Cook Islands Aquatics Federation (CIAF) president, Katoa said, “I’m humbled and honoured to be elected by my peers across the Pacific, to represent them at the highest level in swimming.

“We represent the smallest number of swimmers compared to any other continent and would like to grow that significantly over the next few years.

“We are also focused on providing more pools for the 7 island countries that do not have access to a proper 25m or 50m pool,” he said.

Risks of water safety and drownings are still high in West Pacific countries and ‘Learn to Swim’ and ‘Swimming for All’ programmes will be beneficial, he added.

The Fédération Internationale de Natation Amateur (FINA) Congress Election was held on June 5 and for the first time the elections were held via video conferencing platform Zoom, with 185 countries participating.

Katoa was confirmed an Executive Bureau member for the Oceania Region from 2021 to 2025.

The new FINA President Husain Al Musallam received 302 votes from the delegates representing 183 National Federations (with 108 attending the Congress on site and the remaining ones online).

Fiji ends efforts to qualify for Birmingham 2022 in four sports...