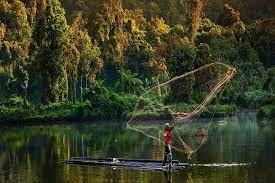 Heads of Government, religious leaders, activists and artists joined the United Nations on Friday in a rallying cry to heal the planet, launching the UN Decade on Ecosystem Restoration.

It calls for stepping up efforts to prevent, halt and reverse degradation of areas such as grasslands, forests, oceans and mountains, essential to all life on Earth.

With humanity facing a “triple environmental emergency” of biodiversity loss, climate disruption and escalating pollution, now is the time to act, UN Secretary-General António Guterres said in a video message for the online virtual gala.

“We are reaching the point of no return for the planet,” he warned.

“We are ravaging the very ecosystems that underpin our societies, and in doing so, we risk depriving ourselves of the food, water and resources we need to survive.”

The UN Decade runs through 2030, which is the timeline scientists have identified as humanity’s last chance to prevent catastrophic climate change.

The UN Environment Programme (UNEP) and the Food and Agriculture Organisation (FAO) are co-leading this global movement to re-imagine, recreate and restore ecosystems, which is crucial particularly as countries strive to emerge from the COVID-19 pandemic.

Inger Andersen, the UNEP Executive Director, said Governments must ensure their stimulus packages contribute to recovery that is sustainable and equitable.

“Businesses and the financial sector must reform operations and financial flows so that they restore and not destroy the natural world”, she added.

Recent research from the UN agency and partners revealed that investments in nature-based solutions will have to triple by 2030 to counter the climate, biodiversity and land degradation crises.

Andersen also highlighted a to-do list for individuals and consumers: “Re-think your choices, demand deforestation-free products, vote for sustainability in the polling booth, and raise your voice loud and clear.”

As the world moves to recover from the pandemic, healthy ecosystems are more vital than ever, according to the FAO Director-General, Qu Dongyu.

With pressure on the planet’s natural resources increasing, undermining the well-being of 3.2 billion people, or roughly 40 per cent of the global population, he stressed that “business as usual is not an option.

“We need to prevent this and reverse the degradation of ecosystems worldwide, including farmland and forests, our rivers and oceans”, said Qu.

“More efficiency and inclusive, resilient AgriFood systems can help restore ecosystems and safeguard sustainable food production, leaving no one behind,” he added, echoing the promise of the Sustainable Development Goals (SDGs) which, like the UN Decade, have a deadline of 2030.